Is Console-Based Gaming Fading Away?


Gamers the world over are constantly discussing game platforms, such as Nintendo Wii or DS, PlayStation3 or Xbox 360. They debate the pros and cons of each and all the different games and versions of games that can be played on them. One of the largest jumps in popularity came when websites started hosting game programs on their own servers, saving gamers drive space. But that wasn't the only advantage that came from remote game hosting: Online play with one or more players found solid and enthusiastic support. From those initial offerings of games, multiple player games were born. From there, gaming jumped higher than the stratosphere with the development of MMORPG—Massively Multiple-player Online Role Playing Games.

Back in the real world, gaming still advanced with more gadgets, computer advancements and game portability for play on tablets and smart phones. The game console division of gaming seemed to fade into the background. Will it ever recover from its faded status?

Independent gaming technology—those freestanding consoles—have gotten slimmer, sleeker and more versatile. From at least two of the three most popular consoles, a gamer can stream movies, for instance. Just a few years ago, that wasn't possible. But does that versatility count? Not really. That has nothing to do with gaming itself. 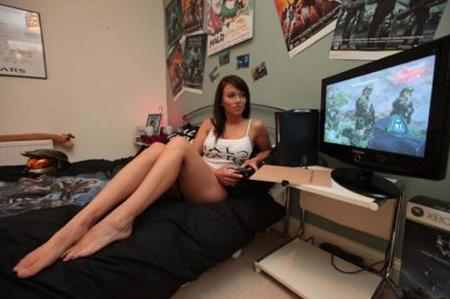 Does the WiFi/Bluetooth technology for online play advance console gaming? Not really. There is no real advantage to console-based online play, and those access technologies were brought into gaming; they weren't invented with gaming in mind.

Consoles are second cousins, always waiting for other technology to be adapted for them and introduced into them. Alas, according to percentages and not total numbers, fewer players are buying gaming consoles for disc-based play than they were even five years ago. They'll get a console for a few cool games, then they'll look to the internet.

However, tricked-out PCs today are faster and have better graphics than consoles; they upgrade and swap parts much more easily—as in, you can't with a console. More gamers are returning to PCs and portable computers for online play and playing fewer hours online or fewer disc-based games with their consoles.

Many people use game consoles as video streaming equipment. Having one precludes purchase of dedicated equipment that requires more space, more remote controls and often more cables to track and connect.

The only real advancements on console gaming during the last seven years were Nintendo's Wii with remote motion sensing and Microsoft's Kinect system for Xbox 360. Both those inventions borrowed heavily from technological advancements from other applications, but that's fine.

Everything else has been miniaturization, expanded peripherals and borrowed technology. Even one of the coolest gaming gadgets to be invented, presented in this year's electronics show, the Razer Switchblade, is a dedicated, portable, gaming computer, a meld of portable computing, remote Internet access and online play. Make no mistake—it's darned cool, but it's an adaptive invention, not a breakthrough.

Sorry, console manufacturers. Do something drastic or your modules may become expensive door stoppers.

Post by Holly Adams from CouponCroc.co.uk, the ultimate resource for Currys discount codes, for gamers looking to save on all their online purchases.