Multijet II Diesel Engine vs Petrol Engine : Which One Is Better?

Fiat gave the name JTD (uniJet Turbo Diesel) to its common rail turbo diesel engines in 1997. And now Fiat is out with the new generation of the JTD engine called as Multijet II . Multijet II was introduced in Fiat Punto Evo for the first time. 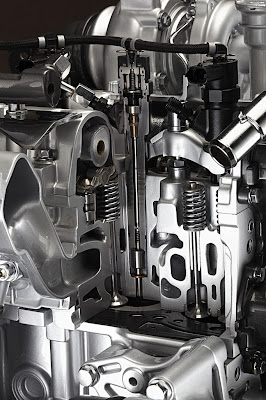 Multijet II is having the new injection management system (up to 8 injections per cycle, instead of the 5). By reducing the amount of the time between the injections in a particular cycle, these injectors optimize the fuel introduction to the chamber of the engine. It makes the diesel combustion process more gradual, with positive effects for consumption, emissions, NVH and handling.


And if you are impressed by all these great info about the Multijet II diesel engines then, here is something special again for you from Fiat. Fiat is offering a a free upgrade to Fiat Multijet diesel technology now. So, do not miss this great opportunity of the Fiat Upgrade Offer and get a great performing Multijet II diesel engine in your car. And yeah, say goodbye to all those worries of the fuel price hikes.