Human construction and architectural capabilities have surpassed anything that we can ever imagine. From gigantic masterpieces to monuments that verge on the bizarre, you can see almost anything out there today. For these ten structures, it is their ability to move, in their own special ways, that makes them stand out of the crowd:

10 Amazing Movable Structures Around The World

Built into the hollowed-out log of a giant Red Wood tree, this massive 32-feet long house is, well, a log of wood! Designed by Art Schmock, this home was meant to be a road-side attraction and that it has become. The log comes with a bedroom, kitchen, a living area and a dining room, all squeezed into the 13-feet diameter of the log. By the way, the house is built to move and is placed on wheels – technically, making it a mobile-home. However, with 42-tonnes of wood on those wheels, it’s a wonder that the suspension’s still holding out!

Okay, so this bridge doesn’t exactly move across roads but that’s because it has a road, both on and under it. This fantastic piece of architecture is ages-old, 1894 to be exact, and has a horizontal road-way connecting the two towers. When ships are passing under the bridge, the two arms of the road-way open up to allow them to go through. Based on a simple hydraulic system, the opening bascules or leaves of the bridge bring traffic to a stand-still for a wonderful spectacle that’s part of the tourist-attractions of London.

In the mid-19th century, Bordertown, New Jersey witnessed the creation of the Floating Church of the Redeemer, a church that was carried out on a barge and docked at Philadelphia’s busy harbour. The move was initiated by the Churchman’s Missionary Association of Seamen, that believed in bring the lord to the sailors and blessing ships as they passed in and out of the massive harbour. The building was, eventually, rolled onto land but, clearly, was meant for the sea as it succumbed to a fire.

In Australia’s second-largest state, moving homes has been a unique affair. Sure, there is the usual packing up of stuff and hiring a moving company but the “stuff” isn’t just limited to what’s in the house – it includes the entire house itself! Houses are modular, as well as placed on stilts, to simplify the whole process of sliding a trailer under it before moving it up and out of its foundation using hydraulic lifts.

Entire houses are carried out all over Australia, on the back of trucks, as people go about moving from one location to another without actually losing that homely-familiarity.


Saved by the Belle

For over 150 years, this beautiful lighthouse showed the way to thousands of vessels coming in, but its own existence was in danger from the very rocks it was designed to protect others against. Based on the top of a sheer cliff, the lighthouse suddenly witnessed the disappearance of 20 metres of rock & cliff edge that separated it from the edge. Just ten metres away, the lighthouse had to be moved to ensure its safety. Today, 27 metres from the edge, the Belle Tout lighthouse continues to guide ships away from rocks that nearly got to it.


Home on the Move

If you happen to be in Finland, driving down a main-road in Turku, you might just notice a massive white-building being driven alongside. Try not to act surprised because this massive three-floor high apartment block is just that – amazing! By boat or by road, the building is hoisted up on hydraulic lifts before being moved to wherever it is that the owner can. Don’t fancy a view of the sea today? Might as well head on down the road towards the city-centre – with your home! 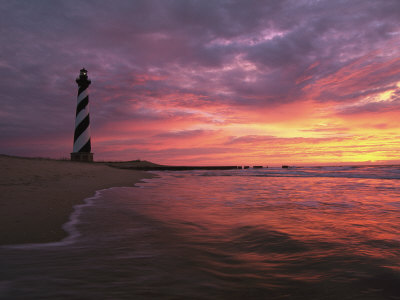 A victim of soil erosion at the sea shore, this massive 208 ft high structure had to be moved out to its current location despite being 1,500 metres from the sea. In 1999, when the waves were coming within 100 metres of the lighthouse, the permission to move it was given. Today, the lighthouse stands over at over 4,000 metres from the sea. This 2,540 tonne building made the move that many thought it wouldn’t survive. Today, its lights head guide ships as far as 20 nautical miles into the sea!

Well, this one has moved more than any other building ever, in the history of mankind. In fact, the London Bridge is, now, in Arizona, United States. Built, originally, by the Romans, the bridge was destroyed and re-built more times than we’d bother counting. Wood and stone being the key elements, a decision was reached in 1967 to disassemble the original bridge and move it out to the United States, stone-for-stone. Reinforced with concrete, today the bridge connects Lake Havasu City with an island in the middle of the lake.

A lasting monument dedicated to himself, i.e. Pharaoh Ramesses II, and to his wife, Queen Nefertari, the temples of Abu Simbel were meant to strike fear into the hearts of the Nubian tribes after the Pharaoh’s victory over them. The rising waters of the River Nile, in late 1950s, would threaten the existence of these temples after the Aswan High Dam’s construction finished. As a result, a massive team of archaeologists and engineers gathered some expensive equipment and gave this pharaoh’s memorial a lifeline.

The entire site was cut up into 20 to 30 ton blocks of solid stone, before being dismantled and carried off to higher grounds. Abu Simbel’s temples, today, rest 200 metres from the River Nile and are 65 metres above their original resting place – safe from water and floods.

The Marble Arch, one of London’s most famous monuments in Hyde Park, was originally a part of Buckingham Palace. For a long time, the belief was that the Marble Arch was moved to its current location, near Speaker’s Corner in Hyde Park, because of its width, which didn’t allow the Queen’s state-coach to pass through. However, that reason is untrue mainly because the state-coach did pass through during Queen Elizabeth II’s coronation ceremony in 1953. The arch is a symbol of London & the Royal Family and continues to contains carvings to depict every British Colony in some way.

While most of these structures had to be moved due to external circumstances, they remain amongst the most amazing moving buildings because of their sheer size and weight. An incredible testimony to man’s capabilities as an architect and engineer, these fantastic buildings have given us some wonderful stories to tell.