Life Without The Internet - Can You Imagine It?

Where would we be if the internet had never been created? How would its absence affect our lives? There are many different pros and cons to the internet. To really judge how life would be without the internet we need to weigh up the benefits it has brought with the disadvantages of an increased engagement and reliance on virtual worlds and cyberspace. 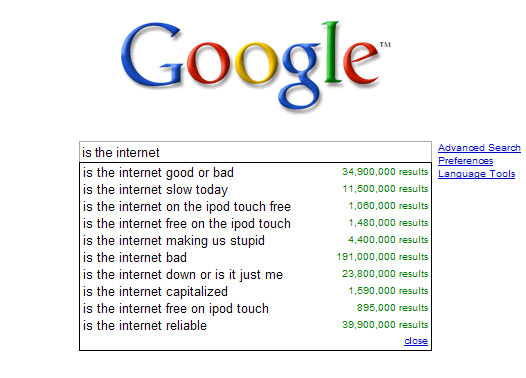 If you asked Mark Zuckerberg the answer would be obvious. The world would still feel like a disconnected set of continents quite alienated from each other. The internet has undoubtedly brought the world’s population closer together.

Social media platforms like Facebook and Twitter have broken down the barriers to social communication. People who find social relations difficult in the real world, or infirm or elderly people, can use the internet to reach out and forge lasting relationships with people they otherwise would never have been able to meet. The internet makes it easier to find people with whom we share interests. Cyberspace improves the potential for finding common ground with others, in online forums for example, and has fostered what might be termed a democracy of information. Via the internet everyone can have their view heard and their stories told. Of course, the price of the democracy of information nurtured by the internet is the misuse it can be put to. For every benevolent online community there is a malevolent one. Religious fanatics, fascist groups and much worse have used the internet to consolidate their numbers and become more organised. Security is a big problem on the internet and it has unfortunately brought with it a worldwide web of crime, making it easier to conduct crimes like identity theft.

It’s hard to imagine being without the huge resources of information the internet brings to our screens. What would it be like if we didn’t have up to the minute videos and news posts of events occurring around the world? Could we go back to a reliance on TV and the press for our information? The internet has arguably opened up channels of information that are more accessible and less censored than was the case when heavily edited media coverage was our primary source of information.

The flipside of this is that there is a lot of nonsense and factually incorrect information clogging up the internet. Greater access to the truth is to be encouraged and the internet has enabled this. However, it has also enabled poor quality information to be disseminated, much of which can be misleading. More accessible information is a plus, so long as it’s reliable.

The internet also revolutionised multimedia. Phenomenally popular sites like iTunes and Lovefilm changed the way music and films were distributed forever. Online gaming has also established an immense network of game players who can compete against each other. But has this destroyed the social side of going to the cinema, having a friend round to play against or going to a music concert? It’s doubtful the internet will completely do away with the real world social interaction to be enjoyed with different forms of entertainment, but it would be sad if people spent too much of their time alone in front of screens wired in with virtual friends. Obviously, a balance must be struck, which is down to the individual.

What would life be like without the internet? It has certainly enriched many of our social and professional lives and we would undoubtedly be missing a great deal if it was absent. As with all technological innovations its benevolence or malevolence depends on how we decide to use it.