Top 10 Gadget Fashion By The Celebrities


Celebrities love to get their hands on the latest gadgets and gizmos and will go all out to be seen with the coolest technologies. While some A-listers choose to have their swanky new devices custom made, others design their very own range of mod cons entirely. Check out what the celebs are parading, endorsing or creating these days and be up-to-date with the fashion trends.

Top 10 Gadget Fashion By The Celebrities

Gwyneth Paltrow was reportedly seen out and about with a retro cell mobile phone attachment. While everything seems to be getting smaller these days, Mrs Paltrow appears to have revived this chunky, old-school look and is rocking her own kinda style. Uber cool and practical, the handset cuts down on mobile phone radiation and can be used even with Blackberry calls. Awesome! 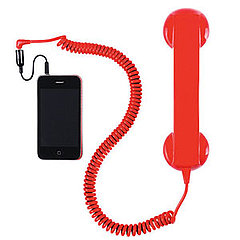 Oprah Winfrey is said to absolutely thrilled with her super sleek, super sexy Flip Ultra HD Camcorder. Small, light and easy to transport, this fabulous gadget is great for catching moments to remember as they happen. The TV talk show host certainly has good taste as this device produces high quality images which can be transported to the computer and is a really great buy.

Unless you have been living under a rock in recent years you will know that everyone has an iPod these days. From the iPod Shuffle to the iPod Touch, there is so much variation and exciting new models are being released all the time. Well-loved actor Will Smith is said to even collect these musical masterpieces and apparently labelled them the "gadget of the century". If that doesn't make you want to run to the shops to buy the latest one, nothing will.

Back in 2008, footballer and all-round legend David Beckham was given a totally awesome gold plated 32GB Apple iPod touch by his teammates to mark his 100th England cap. The gift was engraved with the England football crest along with the footballer's name and the words "For his 100th England Cap" – don't you wish you had friends like that?

Kirsten Dunst, Naomi Campbell and Paris Hilton have all been spotted with Blackberry phones and they certainly have good taste when it comes to state-of-the-art technology. With the ability to send emails, access the internet and chat to friends, Blackberrys are personal digital assistants as well as portable media players. In her usual over-the-top style, Katie Price apparently had "I Love Alex" emblazoned on her diamond-encrusted, customised handset when she was dating cage-fighter Alex Reid but she has surely had it replaced since they parted ways.

The rich and famous really do have the money to spend on weird and wonderful things. Music star Vanilla Ice reportedly has emotion sensitive lighting hooked up in his super swanky house. The light apparently sensor your mood and change shade depending on how you are feeling. Creepy? Maybe a little, but cool nonetheless. 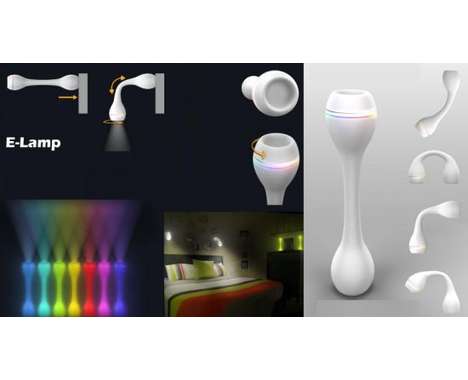 Simon Cowell really is the King of cool and was even spotted driving his very own Buggati Veyron car which is one of the fastest vehicles in the world. At his incredibly luxurious pad in Beverley Hills, however, he is said to have a top-of-the-range security system worth £500,000 – no one would dare breaking in there, would they?

Everyone from Lady GaGa to P.Diddy has released their own brand of headphones of late and they seem to be going down a storm. The Monster Beats by Dr. Dre collection is particularly popular with stars including Katie Holmes and Louie Vito seen rocking the super pricey Beats. The range also includes a number of in-ear and over-ear designs and all headphones sport the telltale b (for Beats) symbol as well as slick black, silver, red or white styling and top-notch audio.

The Queen may have many important errands to run, but there are also many perks to her job. Games maker THQ actually produced a gold-plated Nintendo Wii for her majesty in what was a great PR stunt for the brand. Unfortunately not every Tom, Dick and Harry gets one of these sent to him every day, but one can dream nonetheless.

Lady Gaga is outrageous, eccentric, talented and... a creative director at Polaroid. That's right, the controversial singing sensation helped create the Polaroid GL10, instant mobile printer which uses Zero Ink thermal technology to print out water/tear/smudge-proof photos via your camera or smartphone, with the added bonus of Bluetooth. Cool, huh?

So there you have it, a selection of the latest gadgets simply adored by the celebrities.