You can find the bendable concept mobile phones everywhere on the Internet and even we have posted about few of them here on the Geeky Stuffs earlier. But this is the first time that any major brand is seriously planning to work on the bendable phones. 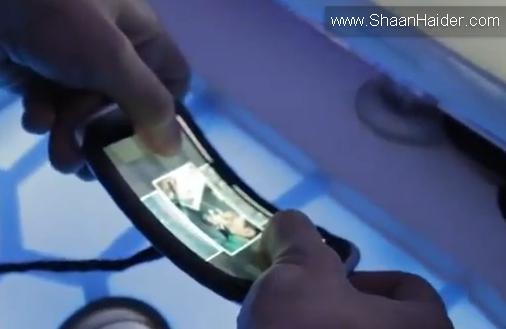 Nokia's research team is seriously working on the flexible displays and UIs. Nokia Kinect is a prototype bendable phone and its user interface works on the bends making by the user. For example just bend the screen to select, zoom, move between UI elements, and change the volume of music. If it sounding crazy and great then, watch the video given below of the Nokia Kintect bendable prototype phone below in action