How to Decide Which Office 365 Version is Right for You

Office 365 is Microsoft’s major push into the Software as a Service marketplace. A fair amount of confusion exists regarding exactly what it is you get when you purchase Microsoft Office 365.

The first question is that although it is a cloud application some versions of Office 365 include Office Professional Plus (the desktop version) as a part of the subscription fee. This is only true though in the versions E3 and E4.

There are also some educational plans available which we won’t cover in this article. 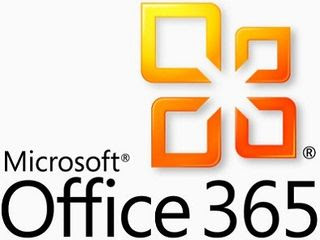 How To : Decide Which Office 365 Version is Right for You.


Office365 “P” edition is presently marketed to professional and small business. The package includes Office Web Apps, which enables document editing, but if you fancy something more than a browser based editor then you will need to shell out for Office 2010 standard or one of the desktop bundles.

Microsoft Lync Online is included with this and all other versions of Office 365. Lync is simply MSN messenger renamed and repackaged. At its heart it is a typical IM program with Audio and Video calls as well (webcam chats) and a whiteboard/online meeting set of features. Realistically there’s been a number of apps offering this for a long time and there’s a good chance you have them on your desktop now.

Exchange Online also comes with all the versions of Office 365. This is an incredibly good thing for small businesses, especially those below the 10 mark who don’t wish to spend the money yet on a Small Business Server, and the hardware and support costs that come with that.

However, if you already have a Small Business Server or Active Directory Server at your business, then the P editions are not for you. They do not synchronise with Active Directory so this will be a problem.


E3 is realistically the most suitable application as the full Office Professional Suite is provided and, let’s face it this is what we are really buying Office 365 for. That, and the cloud integration of hosted exchange.

The E Versional also have Phone support, whereas the P version owners will have to find answers from the community in the Office365 portal.

E3 integrates with active directory and a Single Sign on is supported, meaning you only need to sign in your computer once and be integrated with the cloud services of Office 365.


For almost all users for any serious business, then the Enterprise versions, specifically the E3 version is the ideal choice. It’s the only one Microsoft was probably serious about selling considering it’s the only one with a free trial. While the P version may be suited to some freelancers or personal users like Perth Accountants, this won’t usually be the case.

Some large businesses might find some users can work on the lower E licenses, such as E1 or E2 or even the K (Kiosk) users. But if you’re buying Office 365, go for the E3 version.