Samsung GALAXY Note is one of the most popular smartphone right now. There are many things which makes it desirable and attractive to users. I was using the Samsung GALAXY Note since last few weeks and now this is the time to publish the review of this nice smartphone. 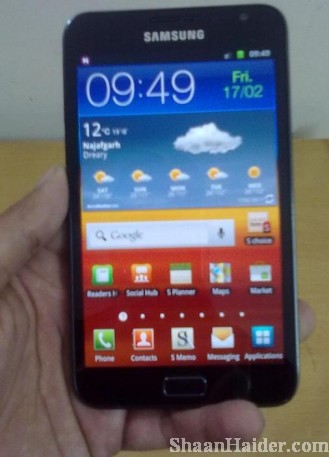 Samsung GALAXY Note is the biggest phone available in the market in terms of the screen size. It is huge but not heavy with respect to its size. It feels good while holding the GALAXY Note in hands and the grip is good. Since it is a big device, it is not easy to slip it into your pockets.

There are no physical keys in the front except the Home key. One flaw in the design is that the volume keys and the screen lock keys are parallel. So while you try to press one of these keys, you will unknowingly press the other one too.

Samsung GALAXY Note is having an awesome 5.3" HD Super AMOLED screen with 1280x800 resolution and 285 PPI which gives you an amazing visual experience while using this gadget.

The capacitive screen is very smooth and responsive. The display is bright and works perfectly in bright sunlight.

It is having a Dual-core 1.4 GHz ARM Cortex-A9 processor and 1GB RAM which makes it one of the fastest phone available in the market. It is also having the Mali-400MP GPU to provide you nice graphical experience while you are playing games etc.

GALAXY Note is having 16GB internal memory and you can expand it to 32GB by using the microSD.

Samsung GALAXY Note is having an 8MP autofocus rear camera which takes the images at 3264x2448 pixels. You can record nice quality videos in full 1080p HD quality at 24~30fps. The camera works like any other 8MP digital camera but the video recording quality of GALAXY Note is really nice.

There is a 2MP camera in the front for the video calling or if you want to use it as the mirror. Lol.. The front cam is good and works pretty fine on the Skype video calling without any issue.

It also got various camera features like the Geo-tagging, touch focus, face and smile detection and image stabilization to provide the best quality images possible. 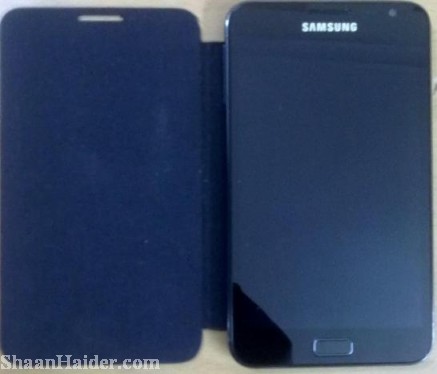 Also, this GALAXY Note flip cover causes hindrance in every single thing you do on the device. Specially when you get a call, you will have to open the cover, receive the call, put the cover down on the screen and then talk.

It would be better if they provide more back panel with the Samsung GALAXY Note instead of the flip cover.

Because of the amazing screen, GALAXY Note is just perfect for the entertainment. You can enjoy the HD gaming and HD videos on it perfectly. Since it is having a nice processor and a GPU, you will have a nice gaming experience on the GALAXY Note.


Apps & Customization
Samsung GALAXY Note is having the TouchWiz 4.0 launcher with lots of home screens. So, it gives you freedom to customize your screen the way you want. And if you use it properly then you will not need to visit the menu ever.

It is having a new lock screen, pre-installed Live Wallpapers from AccuWeather etc. You can use the S Memo Lite pad to write notes, reminders, draw etc, using the S Pen Stylus. 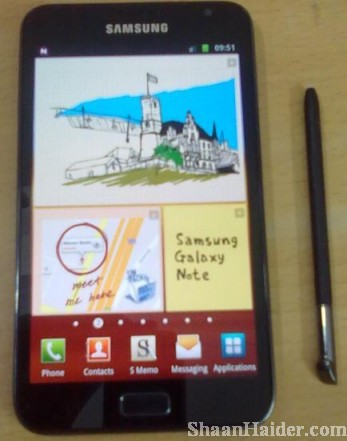 One of the most hyped features of the Samsung GALAXY Note is the S Pen Stylus for the image editing and other creative works. Using the S Pen, you can take the screenshot of any part of the screen and then edit it.

S Pen let you perform lots tasks too other than taking screenshots and editing. You can navigate into the interface and can visit the context menu as well using the S Pen.

Even though S Pen is good for performing various tasks, it is a bit slow and can annoy the first time user.

Samsung GALAXY Note is having a powerful 2500 mAh Li-Ion which works pretty well. On regular uses, you can go one day without charging it on one full charge. Since the screen is really bright and of good quality, it sucks the battery much. So, you can save the battery by adjusting the brightness of the screen according to your need.


Conclusion
Samsung GALAXY Note is a feature rich device and one of the best smartphone available in the market. One of the best thing and biggest drawback of this phone is its size. It won't be a handy device for many. But if you can handle the size then, this is the best phone for you. Go for it