Once upon a time it was nearly impossible to steal an identity, because people either used to know you or they don’t. The only way to steal a person’s identity was if that person had not been seen for many years.

Today, due to the virtues of the virtual world, much of people’s interaction is done online. That means that entire identities are being stolen just by obtaining passwords. The implications are becoming increasingly scary. This post will illustrate the evolution of online identity theft from then until now, and I’ll bet that there are some things that you won’t expect to be looming threats today.

10 Tips For Safe Social Media Use 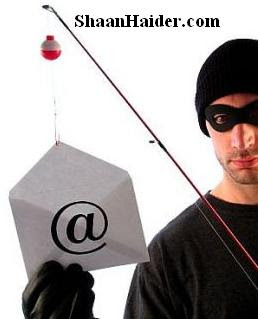 Everything You Need to Know About Email Scams

Fake emails stating that for each person that the email is sent to the so-and-so society will donate a sum of money. These emails always claim that there is a brainy software that can track an emails’ whereabouts. Everyone would always fall for that one. Although this crafty email prank did not actually threaten anyone’s bank account it did open the way for SPAM requests for money from unknown individuals.

Remember the days when not too long ago scammers would send out those pathetic attempts to get to send them money. Most people could read right through them, while some poor chaps did lose money. Here are a few examples of those “old-school” emails.

Then the online con artists started getting better.

Remember getting those emails, claiming to be from a friend or family member, telling you a story of how they went on vacation, lost their wallet, and needs your desperate help. Sometimes these were sent from hijacked email addresses, and sometimes they were just sent from a similar looking address as that of the impersonated party. People fell for these because they just seemed so real.

Then the online con artists got even better.

Did You Just Get Scammed? 3 Things to Do Right Away 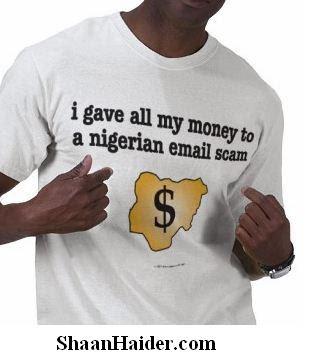 A phishing email is addressed from a seemingly authoritative source such as your bank or PayPal requesting that you sign into your account right away. Often they claim that the urgency is because they have detected “unnatural activity” with you account.

Today the online con artists are even more targeted in their antics than ever before.

Spear Phishing is the newest email scam to be on the lookout for, and most people are not even aware of it yet. A spear phishing email could be as simple as a fake email from your spouse or friend asking you to do something such as sending money to them through PayPal. As a result of the relatively easy access to information on social websites, such as Facebook, culprits can access your updates, and the updates of your friends and family. Imagine receiving an email from your spouse, while he or she is on a business trip, saying something like this…

“Hi honey, I can’t explain why right now, but I need you to PayPal me $500 urgently to this email address. I can’t wait to see you when I get back. Love you!”

That message could be from almost any spouse, and yet it sounds so personal.

Although spear phishing is similar to the old fashioned “Email Impersonation,” listed above, it has the power to leverage the added element of knowing exactly what is going on in your life through social media.

So remember; when in doubt, don’t give your information out.