One application, of late, that has been catching everyone's eye is the Augmented Reality game that Reliance Mobile has come out with on its Facebook page.

Claiming itself to be "India's first Augmented Reality Game" in the true sense, Reliance has developed this application as a path-breaking step in the world of apps on Facebook.

For readers who are unaware of augmented reality, Augmented reality (AR) is a live, direct or indirect, view of a physical, real-world environment whose elements are augmented by computer-generated sensory input such as sound, video, graphics or GPS data. It is related to a more general concept called mediated reality, in which a view of reality is modified by a computer. As a result, the technology functions by enhancing one's current perception of reality. 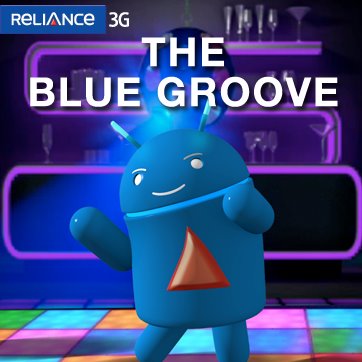 Building on its "Be Blue" campaign, the company terms this augmented reality game as the next phase of its marketing strategy to make people aware of Reliance 3G and Google Android tie-up.

The Blue Groove asks a user to match the dancing steps of the Blue Bot on the computer screen with the help of the arrow keys, shift key and space bar on the keyboard. If the user can match the keys correctly, they have a chance to win Samsung Galaxy Ace Plus Smartphone"s every week and lots of cool merchandise from Reliance.

After the success of Be Blue app on Facebook, Reliance is hoping to take the world of Facebook apps by storm by introducing an app that"s not just fun and exciting for the end-user but also challenges him/her to explore new ideas and thoughts.


The user needs a webcam as well as a Reliance logo that he/she can download and print or get by giving out his/her number ,so as to receive an SMS that has the image with the Blue Bot and Reliance logo over it.

Fans have to hold the Reliance Logo in front of their cam so that after 5 seconds the Blue Bot and the panel screen gets auto-locked. The user can readjust the panel by clicking the screen once and pressing "L" letter on the keyboard and try adjusting it again.

Once done, users are also given an option to go through a demo and practice mode so they get well acquainted with the keys one needs to press to match the steps with the Blue Bot while dancing.

On clearing each level the user gets a badge and auto-posts to out to congratulate the user on clearing the level.

After crossing the 3 levels, user is asked the qualifying question, upon submitting he/she is eligible for the prize.

Social Wavelength, the agency that created the Facebook application, says it wanted to do something really creative, exciting and out-of-the-box for users to feel and experience, hence augmented reality was an obvious choice.