Nokia Lumia 1020 was in the news since a long time when Nokia announced that they are going to launch a Windows Phone OS device with 41MP camera. And now when the phone is officially launched, we got the opportunity to review this beautiful device and try our hands on it.

Here is the hands-on review of the Nokia Lumia 1020 covering all aspects of the device in various sections. Pros and cons of each sections are shared in this article, so you clearly get the idea about the performance of this device. 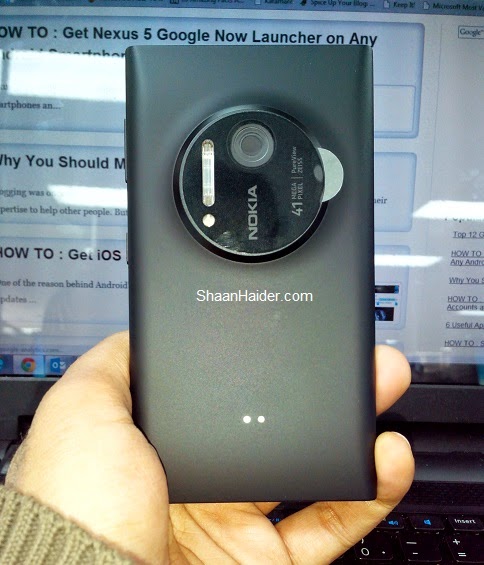 When it comes to design Lumia 1020 is not much different than the other phones of Nokia Lumia series. The 4.5 inch screen is fitted well and you can handle the device easily with one hand. The device looks strong and feels good in hand.

The camera of Lumia 1020 is huge as expected and gives a huge bump on the back of the phone. You can’t keep the phone flat on a surface because of that. Also the camera is nearly in the middle of the back panel of Lumia 1020, so the finger of the user frequently touches it which feels uncomfortable.

Nokia Lumia 1020 comes with Dual-core 1.5 GHz Krait Qualcomm MSM8960 Snapdragon processor and 2GB RAM. Though a dual-core processor sounds a bit less, the device is pretty fast and doesn’t lag while using it. The on-boards memory is 32GB and there is no microSD card slot which is a disappointment.

Nokia Lumia 1020 boasts a 4.5 inch screen having 768 x 1280 pixels resolution and 332 ppi pixel density which gives sharp and crisp display experience. There is the Corning Gorilla Glass 3 to protect the screen from scratches. 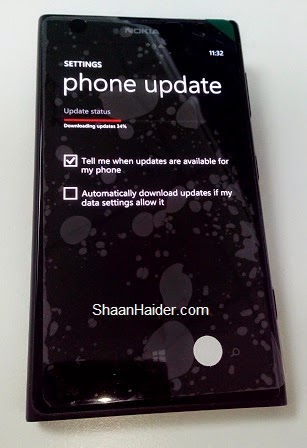 Lumia 1020 offers the manual focus feature in its amazing camera which is really a great feature of smartphone photographers. The camera of the Lumia 1020 boasts a 1/1.5'' sensor size, 1.12 µm pixel size and the popular PureView technology of Nokia. Some other camera features are geo-tagging, face detection, dual capture, panorama etc

Nokia Lumia 1020 is able to record video in 1080p @30fps full HD quality with 4x lossless zoom. Picture and video quality is amazing and it capture images at 7152 x 5368 pixels resolution. There is a dedicated button to take pictures which you also use to unlock the phone.

There are many separate camera apps in Nokia Lumia 1020. One being simple camera and then the Nokia Smart Camera and Nokia Pro Camera for serious photographer. Nokia Smart Camera provides lots of shooting mode, image manipulation and editing options while Nokia Pro Camera gives you the professional features like exposure balance, manual focus etc.

One of the biggest drawback of Nokia Lumia 1020 camera is that it takes around 6 seconds to process an image. That means if you are taking an image then the next one you can take only after 6 seconds which is pretty bad for spontaneous photographers.

Another issue is that you do not have much options to select the image quality. You either capture images at 41MP resolution or at 5MP resolution. While taking pictures from 41MP cam, it also saves a copy of the same image at 5MP resolution for easy sharing and uploading.

The next issue is with the viewfinder. What you see on your screen while taking pictures can be pretty different in shades and quality of the output which can disappoint you or surprise you when you see the picture after capturing it.

Funny thing about Lumia 1020 is that it sports the Dolby Digital Plus and Dolby headphone enhancement feature but the retail box does not comes with an earphone. So, the very first thing you will have to do is to buy a nice headphones.

The audio and video experience is very good, thanks to the nice screen and Dolby Digital Plus technology. But if you are the one who loves to have lots of games and apps on his/her phone then, Lumia 1020 will disappoint you like any other Windows Phone device.

Nokia Lumia 1020 is a great smartphone for people interested in taking great quality pictures. But if you are interested in having a smartphone with lots of features like Android and iPhone then, you would like to skip it.