Oscars are back again with lots of glitz and glamour. 86th Academy Awards 2014 is going to take place on March 2, 2014, at the Dolby Theatre in Hollywood, Los Angeles. The 86th Academy Awards ceremony will be televised in the United States by ABC, and the famous comedian Ellen DeGeneres will host the show.

There are going to be some great performances by various artists at Oscars 2014. U2 will perform "Ordinary Love", Pharrell Williams will be performing "Happy" from the movie Despicable Me 2. Pink, Bette Midler, Karen O and Idina Menzel will also perform at 86th Academy Awards 2014. 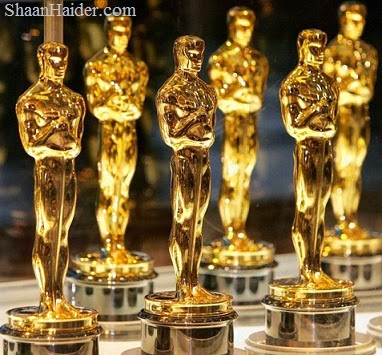 Also for the very first time, The Oscars 2014 Live red carpet pre-show and full awards show will stream live for the verified WATCH ABC viewers online at ABC.com and on mobile devices via WATCH ABC app. The link to the smartphone apps are also given below.

Watch Oscar 2014 Awards Backstage Live Stream Online on the official Academy Awards 2014 : This Oscar 2014 live stream channel is available only for USA users. But you can use any of these free VPN software to access the blocked content.

Watch Oscar 2014 Awards Live Stream Online on CTV : This Oscar 2014 live stream channel is available for Canada viewers only but again, you can use any of the free VPN service from the link given above to get access to it.

Smartphone Apps to Watch the Live Stream of Oscar Awards 2014