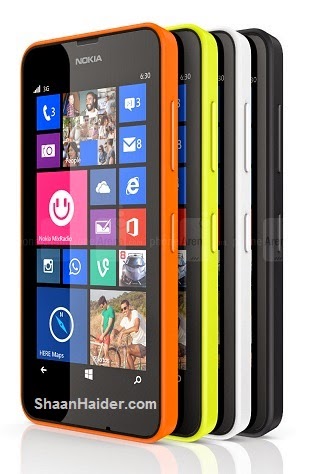 Nokia Lumia 630 is a mid-range Windows Phone 8.1 device and the OS is one of the most highlighted feature of it. Other important features includes 1.2 Ghz Snapdragon 400 Processor, Gorilla Glass 3 and expandable storage up to 128 GB. But the RAM and camera specs are not impressive as the it is having only 512 MB RAM, 5 MP rear camera and lacks the front camera.

Since the Nokia Lumia 630 runs on the Windows Phone 8.1, it will also have the feature of moving apps to SD card like the Android smartphones. The full features and specs of Nokia Lumia 630 are given below.