Xiaomi was creating lots of waves recently when it launched its flagship phone Mi3 in India and started teasing gadget lovers by showing glimpse of the upcoming Xiaomi flagship phone Mi4. Xiaomi is popularly known as the “Apple of China” which is quite wrong as Xiaomi smartphones are high end but available at a very cheap price. 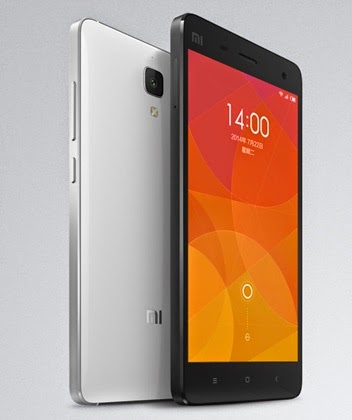 Since last few weeks, lots of leaked pictures, technical specification and features of Xiaomi Mi4 were coming but and today Xiaomi launched the Mi4 officially in a press event. Xiaomi Mi4 is having lots of high technical specs and it costs half of the smartphones of other brands with similar specs.

The complete list of technical specification and features of Xiaomi Mi4 is given below.

- IR Transmitter to Use with the Xiaomi TV

Xiaomi announced that the MiUI 6 will be launched on 16th August and since the Mi4 is going to have the MiUI 6 in it, the device will be available to customers from August 16th hopefully.

So, what’s your opnion about the latest flagship device Xiaomi Mi4? Will you prefer it over the bigger brands like Samsung or LG having the same specs but at much higher price? Feel ffree to share your views in the Comments section.