Fake accounts is one of the biggest problem on the Internet, specially on social media. People use fake accounts for various purpose like to stalk their friends, to send emails as unidentified sender, to increase the number of follower count on social media sites and the list goes on.

Since Facebook is the biggest and the most popular social media site, the problem of fake accounts is the most visible on it. Since we share lots of information on Facebook, it is better to use the Facebook privacy setting perfectly and avoid having fake Facebook accounts connected to our profiles. 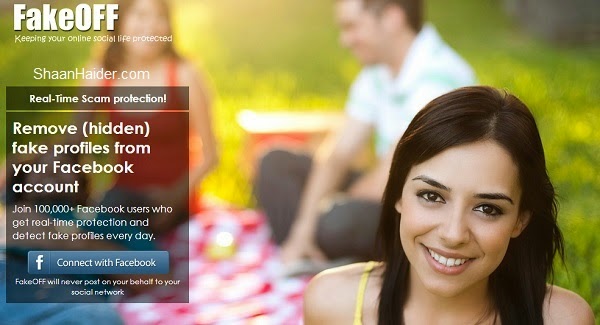 Earlier I have posted an infographic about how to spot fake Facebook accounts which gives some nice tips about spotting and avoiding such accounts. But now there is an useful Facebook app available which performs the same task on your behalf and saves your precious time. 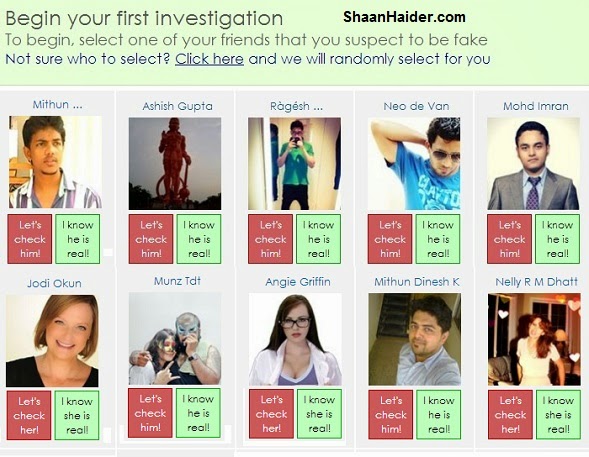 3. After authorization, it will scan your profile and will show all your friends as shown in the below pic. The friends shown will be totally random but you can filter them by gender mentioned in their profile. So, you can see all of your male or female Facebook friends.

Tip : It is best to separate all your real life friends or the friends you know that they are real by clicking on the “I know he/she is real” link first.

4. Now, click on the “Let’s Check Him/Her” button shown with the profile of your Facebook friend to examine their profile . Fake Off will now start evaluating your friend’s profile based on Fake Off’s smart algorithm.


5. Once the test is finished, Fake Off will ask few question regarding your friend. You can either answer them to get the more accurate result or you can just skip them and rely totally on the algorithm of Fake Off.

6. After the final evaluation, Fake Off will show the ranking of your friend between 1 to 10 where 1 is the most dangerous and 10 is the safest ranking for a Facebook profile.

Fake Off algorithm includes the last ten days activity of a profile in its test. It considers the amount of response a profile’s posts are getting, whether the profile uses mobile device to use Facebook etc factors.

You can subscribe to its premium service if you want Fake Off to consider the Facebook activity data of one year in its test. Fake Off also let you compare the Facebook pictures of your friends to confirm whether they are their own pictures or they are using pictures of somebody else in their profile.

The only drawback of this Fake Off Facebook app is that its algorithm is totally based on the behavior of your Facebook friend’s activity on Facebook. So if any of your friend is not active on Facebook since a long time, though they are real or you know them personally, they can get low ranking in the test. But still using this cool app, you can easily find the fake Facebook profiles in your account.