Lots of Chinese smartphone brands are slowly getting popularity in the international gadget market. Since India is a great market for any kind of product, specially the gadgets, Chinese smartphones brands are entering into India and doing pretty well. When Xiaomi launched their last flagship phone Mi3 in India and Mi4 worldwide, it created lots of waves and noise in the world of Indian gadget lovers.

And now, OPPO Mobile India is out with the Oppo N1 Mini which was released recently. As the name suggests, Oppo N1 Mini is the younger and smaller version of the Oppo's flagship device N1 which was a revolutionary device having a rotating camera. Oppo N1 Mini carries that legacy and also sports the rotating camera mounted on the top of the device which is one of the most highlighted feature of Oppo N1 Mini. 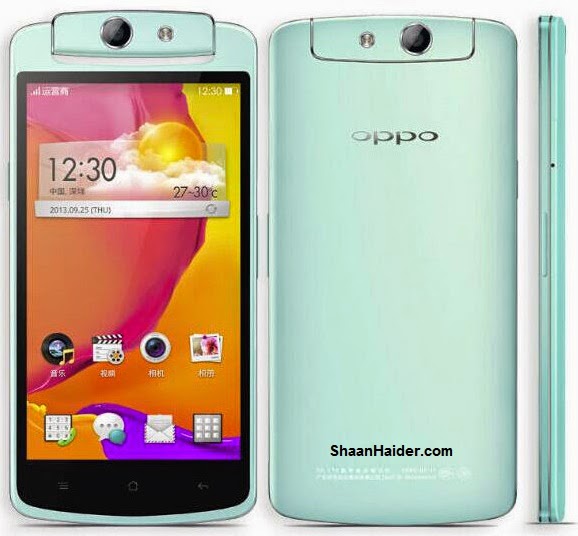 Few of the most talked about features of Oppo N1 Mini are 1.6GHz Cortex-A7 Qualcomm Snapdragon 400 Quad-Core processor, 2GB RAM , 5-inch LCD screen and 13MP camera. The display of the device is just 720p HD which is kind of unexpected as nearly every single flagship smartphone is coming out with 1080p full HD displays these days.

The full specification and features of Oppo N1 Mini is given below the video.

- 13MP Rotating Camera which works as both rear and front camera

The price of Oppo N1 Mini in India is Rs 26,990 which is pretty overpriced for the bundled specs which comes with this device. What do you think about Oppo N1 Mini? Would you like to buy the Oppo N1 Mini or the upcoming Samsung Galaxy Note 4 or Apple iPhone 6?