Beyoncé and Iggy Azalea are leading the nomination with 8 nomination and Eminem is right behind them with 7 nominations. Now, it will be interesting to see who brings the most number of awards home after MTV Video Music Awards 2014. 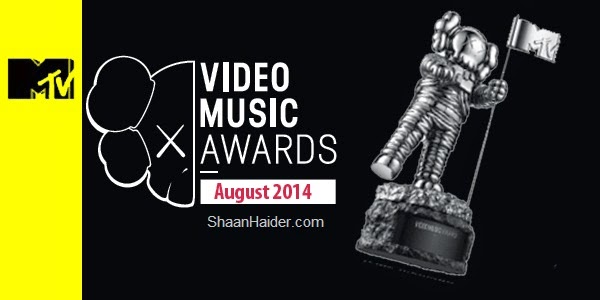 Ariana Grande, Zedd, Beyoncé, Iggy Azalea, Rita Ora, Maroon 5, Taylor Swift, Nicki Minaj, Sam Smith, Usher and 5 Seconds of Summer will perform at the MTV Video Music Awards 2014. So, it is definitely going to be a must watch event for all music lovers.

MTV will stream the entire event live on its official YouTube channel and website. The link of the pages on which MTV will stream the MTV Video Music Awards 2014 live are shared below. And the MTV VMA 2014 live stream video channel is embedded below the links. So, you can watch the whole event without leaving this page.

Important Note : If you are browsing this page from outside USA then, some of the video stream channels on the below links or embedded below may appear blank or show the error that "This video is not available to your location" or "Player load error" then, use any of these best free VPN services to access those videos.