We all know that when Apple rolled out the iOS 8 officially to iPhone and iPad users, it came with lots of bugs and people made lots of hue and cry about it. Apple then worked on the iOS 8.1 to fix all those bugs and bring some new features to the iOS. And the result is the iOS 8.1

This release includes new features, improvements and bug fixes which came with the iOS 8 . Few of them are improved Bluetooth connectivity, solution of screen rotation issue, inclusion of iCloud Photo, AirDrop support for Passbook , option to select the network type as 2G, 3G or 4G and much more. 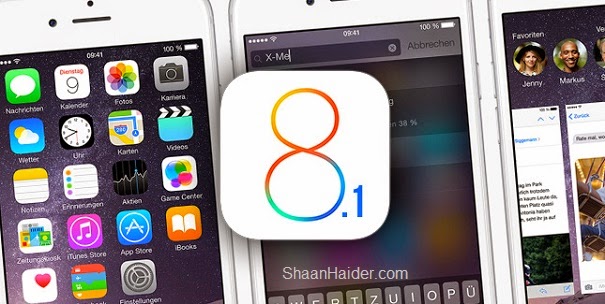 New iOS 8.1 Features and Bugs Fixes You Need to Know

- Resolves an issue where search would sometimes not display results

• Fixes bugs that could cause screen rotation to stop working

• Adds an option to select between 2G, 3G or LTE networks for cellular data

• Fixes an issue in Safari where videos would sometimes not play

• Adds an option to enable Dictation in Settings for Keyboards, separate from Siri

• Enables HealthKit apps to access data in the background

- Fixes an issue that prevented Guided Access from working properly