Screen size of smartphone is constantly increasing. Once a 5-inch screen size was enough to call a phone as Phablet. Then later Nokia launched Lumia 1320, Lumia 1520 and Huawei launched the Ascend Mate 7 which are having 6-inch screens. And now, Huawei went one step ahead and it's latest flagship device P8 Max is going to have the huge 6.8-inch screen.

Huawei has recently launched the Huawei P8 and P8 Max both of these devices are having screen bigger than 5-inches in dimension. Huawei P8 Max comes with 1080p full HD screen which is not sufficient considering the screen size as the effective resolution is just 24 PPI Pixel Density. 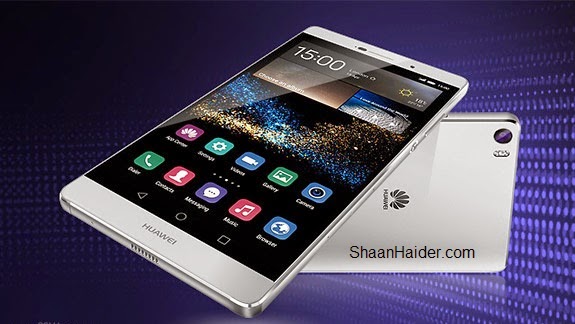 Huawei P8 Max sports a beautiful metal unibbody made out of aerospace-grade aluminum and the thickness is just 6.8 mm and its internals feature a complicated and innovative 7 layer heat conducting structure which helps in keeping the Huawei P8 Max running 5°C lower than other devices available in the market On the UI side, there are features like Split Screen and landscape mode for the Home screen just like the tablets.

The complete list of all features and hardware specs of Huawei P8 Max are given below.