HOW TO : Set Any Android Launcher as Default Launcher

The trick to use any third-party Android launcher as default launcher on your Android smartphone is explained in the below video. You can also read the how-to instructions for the same below the video.

HOW TO : Set Any Android Launcher as Default Launcher

1. Go to Settings on your Android smartphone.

2. Tap on the Apps or go to the app management section of your phone depending on your phone ROM and UI.

3. Now, go to the “All” section under “Apps” which shows all downloaded and pre-installed apps.

4. Look for the default launcher of your Android smartphone, usually named as Launcher or Launcher3 etc., as shown in the video and tap on it to open its settings. 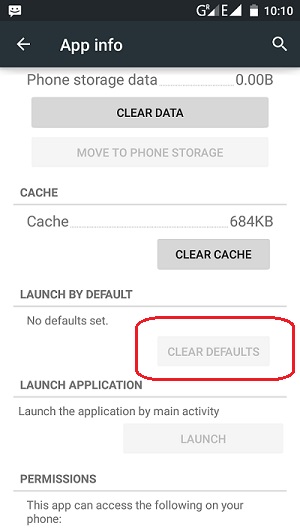 6. Tap on the “Clear Default” button as shown in the above image.

So which all are your favorite Android launcher applications? Share your thoughts and views in the Comments section below.