Infinix Zero was a big hit in its market when it was launched because of great looks and nice overall performance. And now Infinix Mobility has launched its successor, Infinix Zero 2 X509 which was being speculated to come out since last few weeks. Zero 2 carries the same legacy of Zero with beautiful design, powerful specs and a competitive price tag.

Few of the highlighted features of Infinix Zero 2 are 2 GHz Octa-core processor, 2GB of RAM, 13 MP primary camera and 6.7mm thickness. The devices weighs just 118g and comes with the textured back. 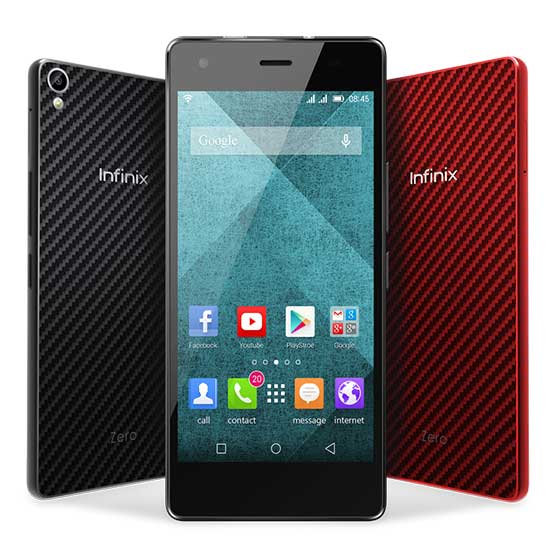 The 5-inch 720p HD screen is protected by the Corning Gorilla Glass and sports a 5 MP front facing camera above it. Infinix Zero 2 X509 will be available in two variants - 16 GB and 32 GB internal memory variants.

But though the previous Zero received some negative reviews because of the poor battery performance, Infinix Zero 2 still comes with an average battery capacity of 2300 mAh and the device still runs on Android 4.4.2 KitKat instead of Android 5.0 Lollipop. Also, there is no 4G LTE connectivity in Infinix Zero 2. The detailed features and specs of Infinix Zero 2 X509 are given below.