So after all the waiting, rumors, leaked images and hardware specifications we are finally having the Samsung Galaxy Note 5 and Galaxy Edge+. Samsung unveiled the next generation Galaxy devices in an event today. 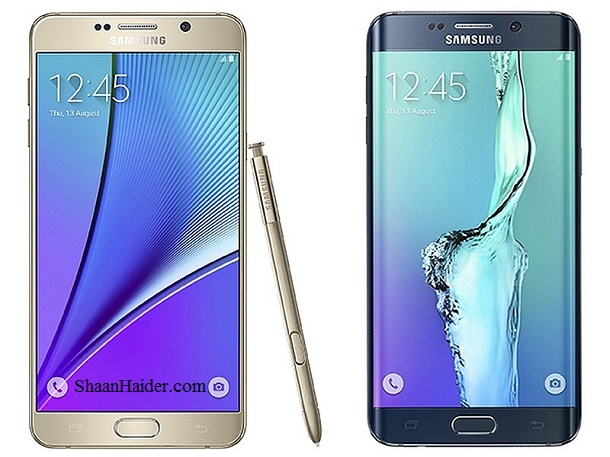 The camera used in both of these devices are the same one which we got in Galaxy S6 with improved performance and features. So, we got a 16MP primary camera and 5MP front facing camera which can be quickly accessed by double pressing the Home key. There is a new camera feature called VDIS (Video Digital Image Stabilisation) which is another form of image stabilization technology. It works along with the OIS and standalone to produce better quality stabilized video.

Samsung Pay is a cool new app which let you do the payment virtually at any shop as it supports NFC, barcode readers etc. Live Broadcast is a feature which let you quickly share the content with your friends and family. Samsung Galaxy S6 Edge+ comes with a special new UI feature called Apps Edge to take advantage of the curved display.

Samsung Galaxy Note 5 and S6 Edge+ are having the non-removable 3000mAh battery with Fast Charging feature which supports wireless charging as well. So you will be able to charge your device in just two hours with wireless charging and 90 minutes with the corded charger. There are two variants of both devices – 32GB and 64GB internal memory versions. Both devices lack the memory card slot and there is no water/dust resistance feature as well.

The full hardware specs and features of Samsung Galaxy Note 5 and S6 Edge+ are given below.