Apple launched the latest generation of iPhone just two months back and we are not going to get another iPhone release for the next few months for sure. But the rumors related to the upcoming iPhone is already started and few information is also available about the device now.

TrendForce recently published an analysis which claims that the next Apple iPhone will be having a waterproof design. Apple iPhone 7. will be available with 3 GB of RAM in the Plus version of it. It is also claimed that Apple will be launching the iPhone 7 a bit earlier in the second half of next year. 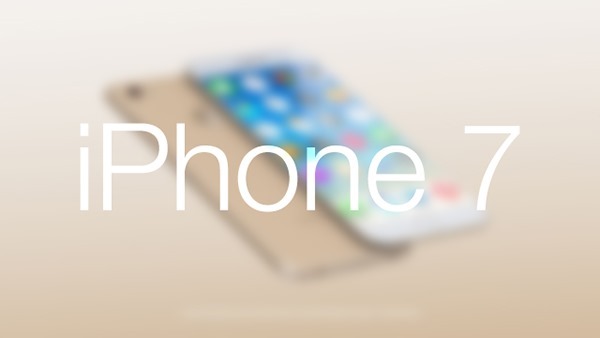 The very same report also talks about the existence of a 4-inch display device which is expected to be launched in the first quarter of next year.

Gene Munster, who is a managing director and senior research analyst at Piper Jaffray, predicted that the Apple iPhone 7 will have a new industry design and the next generation of iPhones will be totally different than the previous iPhones in terms of design. He also stated that iPhone 7 will have the Sapphire screen and improved battery life. It is also rumored that Apple iPhone 7 will not have the physical Home button and Touch ID will move to the side or back of the device.

It is also rumored that Apple is planning to launch the iPhone 7 with a “completely flat” LCD panel and the device will be waterproof and dust-proof too, just like reported by the TrendForce.

There was a video released few days back showing the concept model of iPhone 7 running on the iOS 10. It shows a bezel-less iPhone with sturdy metallic design. Though it is just a concept and most probably the iPhone 7 will not be similar to it, it is fun to have a look on this video.

It seems that those people who decided to not buy the current generation of iPhone will be benefited with the features like more amount of RAM, better design, improved battery life, waterproof and dust-proof design and better display.

But so far, these are just predictions, rumors and report. Let’s see how many of them will be really available in the Apple iPhone 7.