Apple iPad Pro is different than the rest of the Apple iPads available in the market. First, it is the huge size of the device which makes it unique. iPad Pro sports a big 12.9-inch screen and the second thing is that it is having better hardware specs than all previous models of iPads.

But how much difference this hardware upgrade makes? If you are having an iPad or iPad Mini and planning to buy the iPad Pro, did you ever think that how better it will be with respect to your current device? 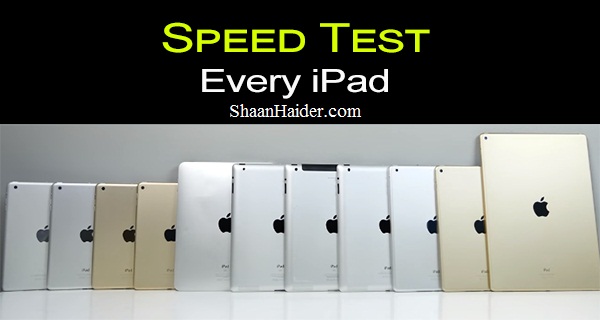 Have a look on the below Apple iPad speed test video of all iPad models and feel free to share that which device you got and how much you are satisfied with its performance in the Comments section.