Featuring a massive 6050 mAh battery, the Ulefone Power that comes with the 5.5-inch 1080 full HD screen is officially announced today with the price tag of USD209.99. Ulefone announced about the development of this phone nearly six months bac and now it is finally here

It is also claimed that 5-minutes of charging will provide 2 hours of audio calling. There is an Energy Saving mode provided on Ulefone Power to improve the battery performance. And the huge battery of this device can be used as power bank to charge other devices too. 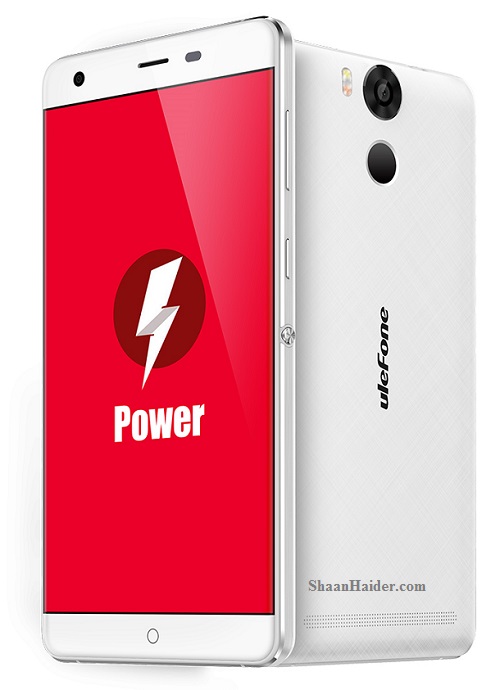 Considering the amount of battery, Ulefone Power is just 9.5mm thick and weighs 190g weight sounds not frustrating at all. And a slightly curved back is expected to offer more comfort to the palm. Claiming “no compromise in aesthetics” promise, Ulefone has followed their conventional designing language with Ulefone Power to use the 2.5D screen, Corning Gorilla Glass 3 protection, solid metal frame and “Halo” touch buttons on Ulefone Power.

Ulefone Power will be available in three colors - white, dark blue, and white with wooden back cover. The battery is non-removable and so Ulefone Power has adopted a side-way SIM tray design which can house two SIM cards or one SIM plus one micro SD card, depending on user requirement.

The fingerprint scanner in Ulefone Power is multi-functional and let user enable five finger IDs with each for a specific purpose, such as unlocking, shutter, and app starter. There is also an infrared emitter and a remote control app are pre-installed that let you use the Ulefone Power as the remote controller of over 3,000 home appliances. And there is a smart key provided near the power button is able to start the camera or voice recorder by clicking or holding, respectively. The complete list of all hardware specs and features of Ulefone Power are given below.

And as already mentioned, the price of Ulefone Power is $209.99. Ulefone will start to ship Ulefone Power from January 10, 2016 with Android 5.1 Lollipop pre-installed on it. From February 2016, Ulefone Power will come with Android 6.0 Marshamallow and existing users will be able to experience the new software and features by upgrading.