2016 CES is holding in Las Vegas right now and lots of brands are launching their flagship devices. During CES, big phone brand like LG and Huawei released their latest android phone. It was rumored and expected that Huawei will also launch their upcoming flagship smartphone Huawei P9 with massive 6GB of RAM but that did not happen.

One of the new but pretty popular brands from China, LeTV released the world’s first 6.0 inch android phone with Qualcomm Snapdragon 820 SoC, LeTV LeMax Pro, which attracted global consumers and medias just like their previous launches.

Not long ago, Samsung also released a new 6.0 inch screen size Android phone in China, Samsung A9. Huawei also pushed its flagship phone Huawei Mate 8 which is receiving nice reviews from all. So, it seems that there will be a big battle in 6.0 inch smartphone market in 2016. 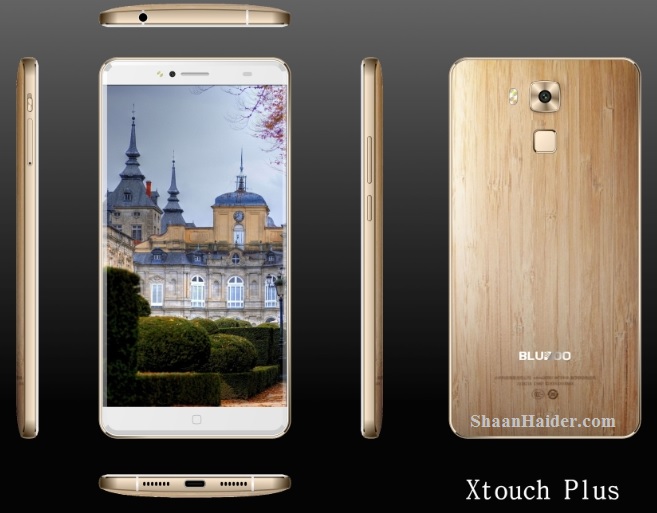 And due to this, following the trend, Chinese smartphone manufacture Bluboo is also ready to enter this battle of high-end smartphones with 6-inch screen. Just in the last few weeks, Bluboo provided much information about its new and upcoming products in 2016. Tri-SIM Android phone Bluboo Xfire 2 with metal body, Bluboo Picasso and sports style Android Wear smartwatch called Xwatch.

And now Bluboo is going to launch the 6-inch smartphone Bluboo Xtouch Plus with some high-end and impressive hardware like 4 GB of RAM, 64 GB of internal memory and 21 MP Sony camera. There is not much information available yet about the device but looking at its picture, it is easy to understand that Bluboo Xtouch Plus will also have a fingerprint scanner, dual tone dual LED flash along with the dual speakers.

So far the official information available about the Bluboo Xtouch Plus are given below.

There is no information available yet about the availability and price of the Bluboo Xtouch Plus smartphone.