How to Solve Facebook App Battery Drain in Android and iPhone

Facebook is the most popular social networking site in the world and it is also one of the most downloaded smartphone app in the world is Facebook and due to this, you will find that nearly it comes pre-installed in nearly every smartphone. The benefit of Facebook app is that you get all the updates of your friends instantaneously on your smartphone screen. 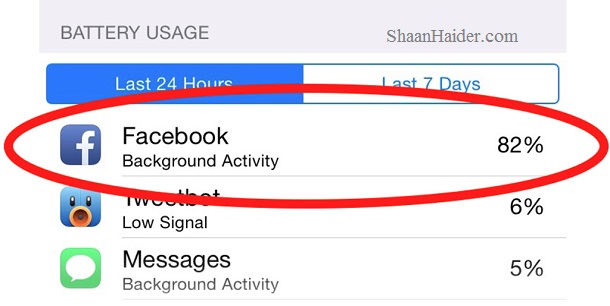 The test was based on the concept to remove the native Facebook app from the smartphone and then access the Facebook using the mobile browser. The test was performed for a week and result were evaluated for the whole period in which it was clear that Facebook app consumes lots of battery.

The basic reason behind this result is that When Facebook app is removed, the background process of it is also removed. Due to this the battery being consumed to perform that tasks is saved. Also, the browser loads just a small part of the Facebook feed instead of loading all of the content together.
Though we are talking about the Facebook here, same goes with the most of social media app as they run in the background to keep you latest update and the content on them are usually big in size with pictures, videos and GIFs. So uninstalling such apps will improve the battery life in general too.

If you are on Android then, a very nice solution of this battery drain issue is to use the Facebook Lite app which consumes very less battery, data and RAM.

So would you like to uninstall the native Facebook and use the on the web browser or you would still like to have a better user experience on the cost of battery life?