Microsoft Edge will get Third-Party Extensions Support Later this Year 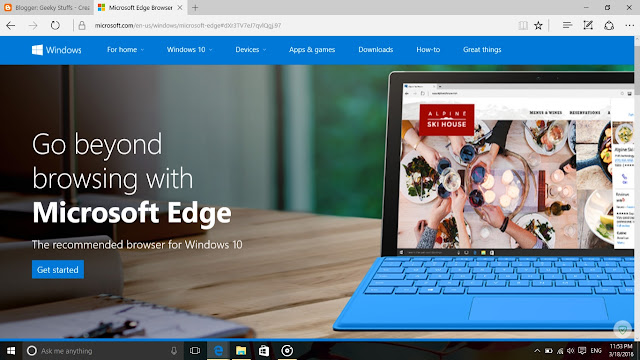 
The Windows Insider build will include three preview extensions: Microsoft Translator, an extension that automatically translates pages in over 50 different languages, a Mouse Gestures extension, and an early preview version of the popular Reddit Enhancement Suite (RES). Later this year customers will find popular extensions from partners like AdBlock, Adblock Plus, Amazon, LastPass, Evernote and more.

For Non Insiders, support for extensions in Microsoft Edge will be included in the Redstone update which is scheduled for June-July time frame of this year.