Lenovo announced three new smartphones under its PHAB 2 series at Tech World 2016. And Motorola, a Lenovo owned company now, also launched two of its flagship devices in the very same event. It was pretty expected as Motorola released a Moto RAZR teaser video few weeks back.

Motorola announced the Moto Z and Moto Z Force. As the name suggests, Moto Z Force is the upgraded version of the Moto Z Force with more durability and a bit better hardware specs too. We will cover both these smartphones in separate articles. 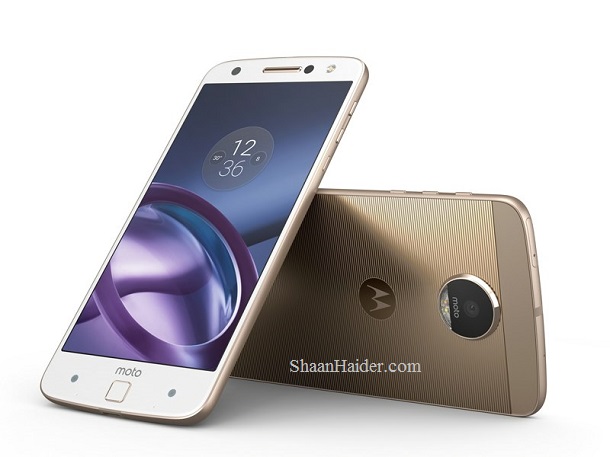 The Moto Insta-Share Projector can convert Moto Z and Moto Z Force into a 70-inch projector. There is a fingerprint scanner provided at the Home button too and the smartphone sports a full metal body and is just 5.2 mm thin.

The complete list of all hardware specs and features of Motorola Moto Z are given below.