HOW TO : Check if Your Android Smartphone is Affected by Quadrooter Vulnerability

The smarter the phones are getting and the more we are using them, we are getting closer to be the victim of cyber crimes. So it is always advisable to keep our devices safe and secure. But still the hackers are smarter and sometimes till the moment we find about an online attack on our devices, it is too late.

The recent in the list of smartphone security threat is the Quadrooter vulnerability. According to a research by security firm Check Point, it is expected to affect around 900 million Android devices powered by the Qualcomm Snapdragon processors. 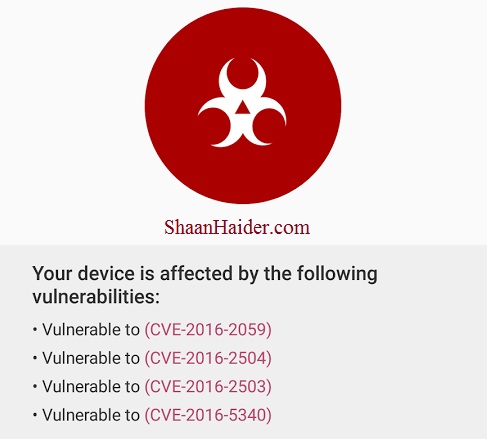 QuadRooter is basically a set of four vulnerabilities affecting Qualcomm Snapdragon processor powered Android devices. An attacker can use any of these four vulnerabilities to exploit a device by gaining root access to a user’s Android smartphone or trigger various privilege escalations to perform tasks without even letting the user know. It can easily end up installing a malicious app without asking any user permissions.

HOW TO : Check if Your Android Smartphone is Affected by Quadrooter Vulnerability

1. Download the QuadRooter Scanner app from the link given below. 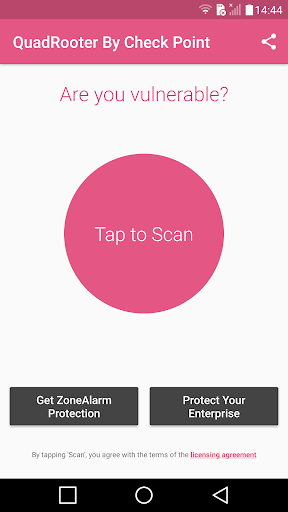 2. Launch the app on your device and tap on the "Tap to Scan" button. 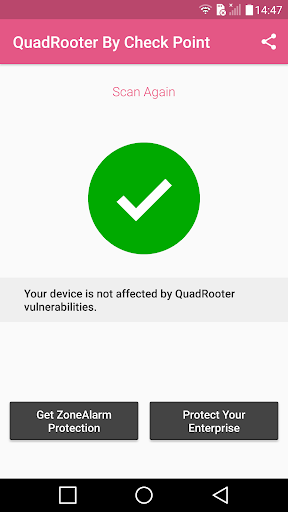 3. Once the scanning is finished, you will either get the message that your device is not affected by QuadRooter or a list of all vulnerability

The good news is that Qualcomm confirmed that it had fixed all the flaws and issued patches already to all the smartphone manufacturers and Network carriers between April to the end of July. Three flaws of Quadrooter out of four are already fixed in Google’s latest set of monthly security updates. And the fourth one is expected to be fixed in the upcoming September update.

Check Point informed about the vulnerabilities to Qualcomm back in April itself and then Qualcomm followed the protocol laid down by CERT-CC (Computer Emergency Response Team Coordination Center) to patch the issues within 90 days and distribute them to OEM’s and network carriers.