IFA 2016 is just around the corner and lots of new gadgets are expected to be announced during the event. And the first devices officially going to be unveiled at IFA 2016 will be by Samsung.

Samsung has started sending out the invites for the announcement of a brand new Samsung Gear smartwatch on August 31st, 2016 at the IFA. The event invitation shows a watch dial along with the tagline "Talk About 3" giving the clear hint that the device to be launched will be the Samsung Gear S3 smartwatch. 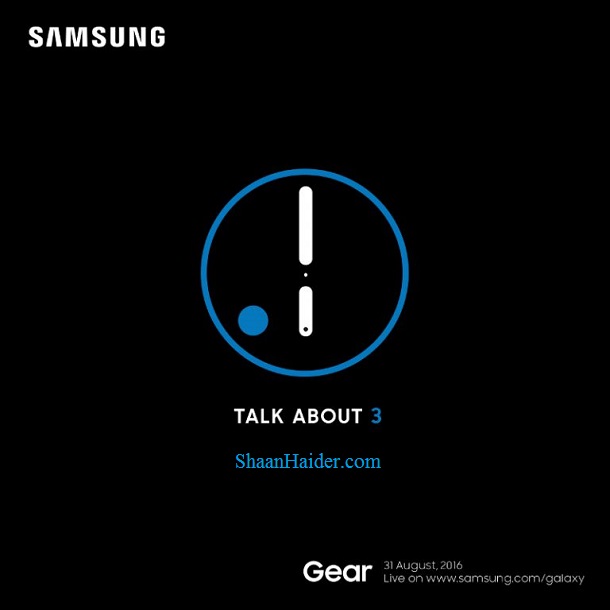 Samsung Gear S3 smartwatch is the successor of the Gear S2 that was unveiled at the IFA last year. During the IFA 2015, Samsung announced the Gear S2, Gear S2 3G and Gear S2 Classic smartwatches. It is expected and rumored that this year Samsung is going to unveil the Gear S3 Classic, Gear S3 Frontier and Gear S3 Explorer smartwatches.

Samsung Mobile also officially tweeted about the event on Twitter as you can see below.

But so far, these are just rumors and we will find out all the specs and features of Samsung Gear S3 smartwatches once they are announced officially at IFA 2016 by Samsung.