Samsung has officially launched the Samsung Wireless Adaptive Fast Charging Stand that can be used for charging smartphones having the wireless charging feature.

Samsung Wireless Adaptive Fast Charging Stand comes in a small white retail box like most of the official Samsung accessories.

Surprisingly the retail box does not come with a mains plug in it. Due to this, you will need to use the mains plug provided with your phone in order to charge the wireless charger via a mains outlet. Seems Samsung pre-assuming that if you are a smartphone to charge with this accessory then, you should be having a plug too already. The charging pad is inclined at an angle and the smartphone fits perfectly in the slot provided holding the device vertically or horizontally. So it is really easy to use the device while it is on the charging pad without interrupting the charging process. You can play music, skip racks, watch videos in landscape mode, send a text and much more.

Right below the stand, there is an LED indicator provided. It glows blue when the phone is charging and turns green when the battery is charged fully. It really helps in knowing that the battery is fully charged or not without even touching the phone itself. Even though this is the official Samsung accessory and supposed to charge Samsung smartphones, it can also charge many other smartphones wirelessly too as it Qi Wireless Charging compliant and that is a plus point.

It also claimed that these devices can be fully charged wirelessly in just two hours and the charger was good enough to support this claim. For our Galaxy S7 Edge, it took a bit more than two hours to charge it fully from 15% battery level. 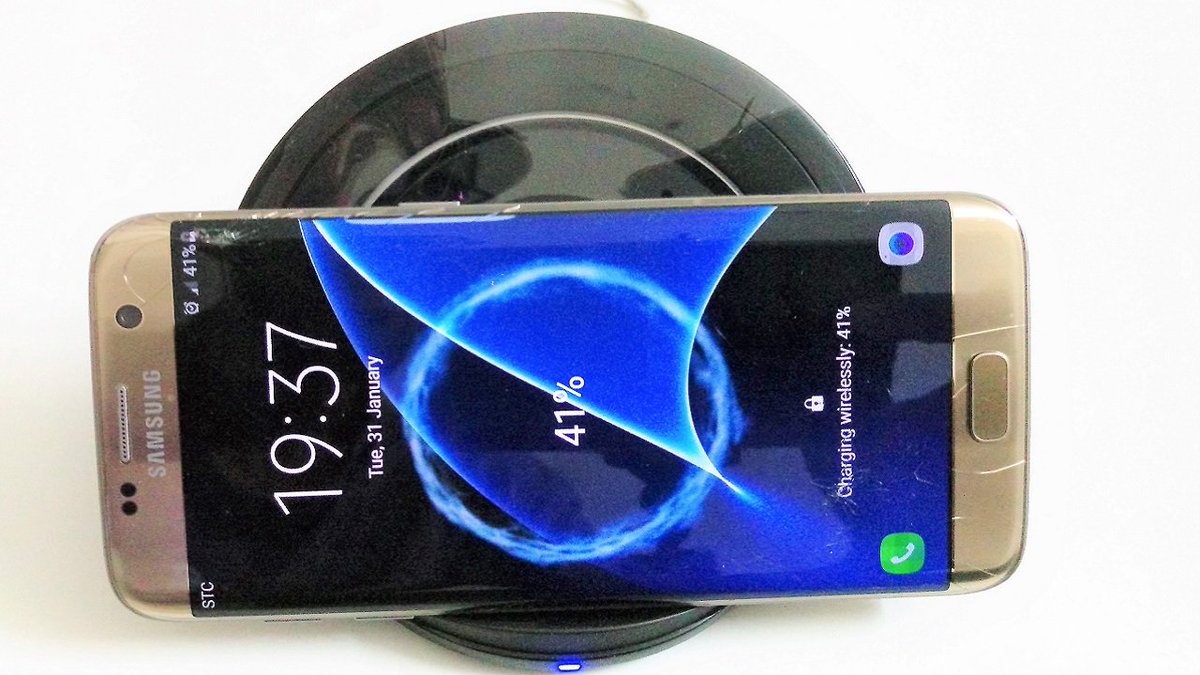 One good thing about Samsung Qi Wireless Charging Stand is that it shuts off automatically to prevent smartphone from continuous charging once the battery is charged fully. It is smarter, safe and more efficient charging solution for better performance overall.

Samsung Fast Charge Wireless Charging Stand is a nice accessory for wireless charging. It is having a very beautiful and attractive design. Fast Charging feature works well and charges the battery quickly. The stand let us use the smartphone while it is docked and getting charged. The built quality is good and being an official Samsung product, it comes with peace of mind for compatibility too.

The price is a bit high since this an official Samsung accessory. If you are looking for a wireless charger with good performance and looks then, you should buy the Samsung Fast Wireless Charging Stand or if you just fancy having a wireless charger only then you can find many cheaper options as well