OPPO to Announce the 5X Optical Zoom Smartphone at MWC 2017

The event banner mentions that this new smartphone photography technology will give users ability to capture highly detailed images. 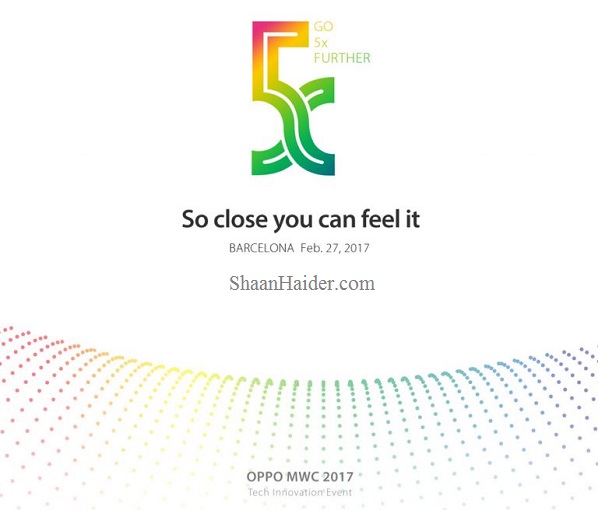 The tagline says. "So close you can feel it" and "Go 5X further". So, it is easy to understand that the OPPO smartphone going to be revealed at MWC 2017 will be featuring a 5X optical zoom.

OPPO recently launched lots of photography based smartphones, specially for the front-facing camera with the OPPO F1 series of smartphones.


OPPO’s relentless pursuit of perfection without compromise has given birth to a remarkable technological breakthrough that will change how the world perceives smartphone photography.

This remarkable achievement is the result of an extensive, year-long R&D process, combined with OPPO’s unparalleled expertise in smartphone imaging technology. We chose MWC to unveil the ‘5x’ technology with the belief that we can inspire the industry to aim higher, and continue to create pioneering products that give amazing experiences to consumers.