Huawei is continuously bringing good news to Huawei Mate 9 users. It was announced earlier at Consumer Electronics Show 2017 event that Amazon Alexa will be soon integrated in the Huawei Mate 9 devices and just a week back, Amazon's digital assistant Alexa came to the device with an OTA update to users.

And now Google just announced on Twitter that Huaewei Mate 9 Pro and Mate 9 Porsche Design smartphones are finally Daydream-ready. This feature will come to the devices by an OTA software update. 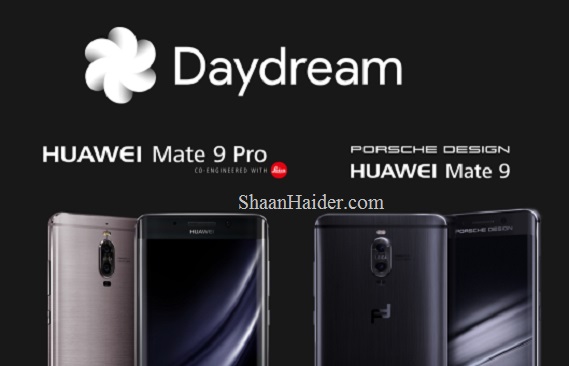 So far, only eight smartphone models are having the Google Daydream VR feature officially and it is an achievement for Huawei to have two of them under its branding now.

Unfortunately, the standard version of Huawei Mate 9 will not have this feature and the Daydream will be available only in USA, UK, Germany, Australia and Canada as mentioned in the Google VR's tweet regarding the feature announcement.

If you do not know, Google Daydream is a Virtual Reality (VR) platform for Android smartphones developed by Google for the devices running on Android Nougat OS that is the seventh major version of the Android operating system for smartphones.

There is no information yet regarding the launching of a Huawei Daydream VR headset but we can expect one in the near future for sure.