ZOPO is soon going to launch its high-end flagship smartphone ZOPO Speed X that will be the latest entry in ZOPO's Speed series of smartphones.

The last model in the ZOPO Speed series was the Speed 8, the first Deca-Core smartphone in the world. So it is expected that ZOPO Speed X will be a high-end smartphone as well in terms of hardware specs as Zopo’s Speed series is its flagship lineup with features like sturdy metal unibody design, powerful processor, high megapixel cameras and many other features. 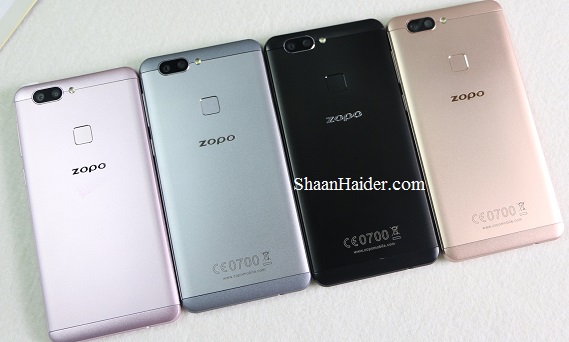 ZOPO has officially unveiled few images and renders of the upcoming Speed X smartphone. As it is clearly visible in the image, ZOPO Speed X will feature a dual-rear camera setup and that makes this device ZOPO’s first dual camera smartphone.

The dual rear camera combines a 13MP primary camera and a 2MP secondary camera to let users captures the pictures with bokeh effect. There will be also other camera features like face beauty mode, timelapse etc. provided as well.

Also as visible in the images, there will be a fingerprint sensor on the back of the device. At the bottom, a speaker grill provided along with the microphone, 3.5mm audio jack and USB 2.0 port