IFA 2017 is close now and so tech brands are either sending the invites for their upcoming product launches or the information is leaking about the products unofficially.

LG just started sending out media invitation for its event in IFA 2017 at Berlin. LG is going to reveal its upcoming flagship smartphone in ‘V series’ at IFA 2017. 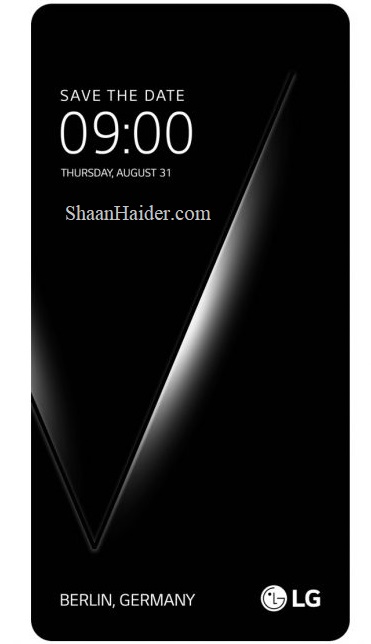 LG earlier said about the V30 that it will feature a FullVision display with 18: 9 aspect ratio, aim to provide the ultimate convenience and advances to the user, similar to the previously launched LG G6 smartphone.

According to previous leaks and rumors about the LG V30, it will come with Qualcomm Snapdragon 835 octa-core processor, 4 GB of RAM, 64 GB internal storage along with the expandable memory via microSD card. There are also rumors that LG V30 will come with no secondary screen and will feature an OLED display this time.

The media invitation says that LG V30 will be launched on August 31st, 2017 at IFA in Berlin, Germany and the event will start at 9:00 am CEST time.