Samsung is going to soon launch the Galaxy Note 8 smartphone just before the IFA 2017 event. But before that two new high-end Samsung smartphones are leaked on Geekbench listing. 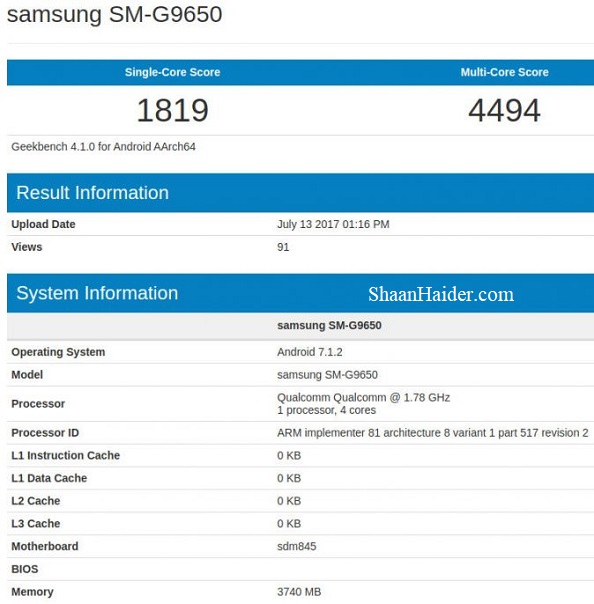 By following the Samsung model number pattern and comparing with these model numbers, these Samsung smartphones could be the upcoming Galaxy S9 and Galaxy S9+.

But these processors are quad-core running at 1.78 GHz per core. Also the benchmarking scores are very low with respect to Qualcomm Snapdragon 835 and Samsung Galaxy S8.

4GB of RAM and Android 7.1.2 are few things looking correct but these are maybe just the benchmarking score of early prototypes of the devices or even processors causing very low score compared to current flagship devices.

So we can wait until more leaked information or something official coming out from Samsung itself.