Huawei Honor 9 was launched very recently and received good response from reviewers an also from consumers in terms of pre-sale registrations. And now some leaks are out about the upcoming Honor Note 9 showing the design and specs of the device.

According to leaked image of Huawei Honor Note 9, it is supposed to come with bezel-less design and the design will be very much similar to the recently launched Honor 9. The bezels on the sides of Honor Note 9 will be super-thin but the top and bottom bezels are a bit thicker with respect to the side bezels giving the device look like Samsung Galaxy S8. 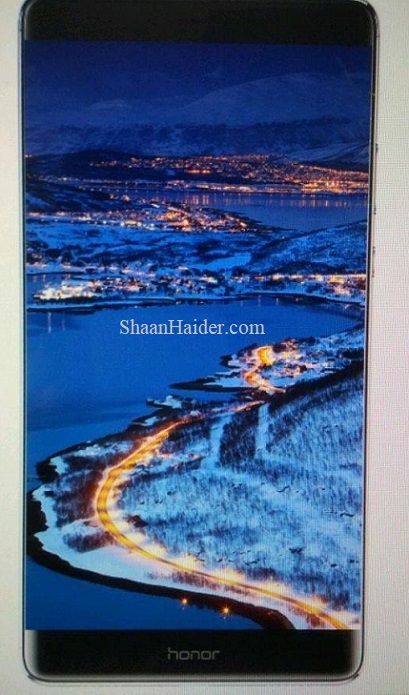 It is also rumored and expected that Honor Note 9 device will come with 2.5D glass as it is getting standard with every smartphone these days. As it is visible in the leaked image that the volume rockers and power button are located on the right side of the Honor Note 9 and very thin as well.

Other rumored specs of Honor Note 9 are 4GB or 6GB of RAM and multiple storage options for each RAM variants. The device will run on the EMUI 5.1 (Android 7.1.1) and will be upgradable to  EMUI 6 based on Android 8.0 O OS.

It is expected that the Honor Note 9 will be announced by the end of this month and will be available to consumer later as Honor Note 8 was also announced in the month of August last year.