Motorola has finally announced the much awaited Moto Z2 Force flagship smartphone at the #HelloMotoWorld event in New York City along with the Moto 360 Camera Moto Mod.

Moto Z2 Force comes with a 5.5-inch Quad HD AMOLED shatterproof display along with a warranty against any physical damage to display and embedded lens for the duration of 4 years. The device is powered by Qualcomm Snapdragon 835 processor and runs on the Android 7.1.1 Nougat OS. The U.S variant of Moto Z2 Force will come with 4GB of RAM but rest of the world will receive the superior variant with 6GB of RAM. 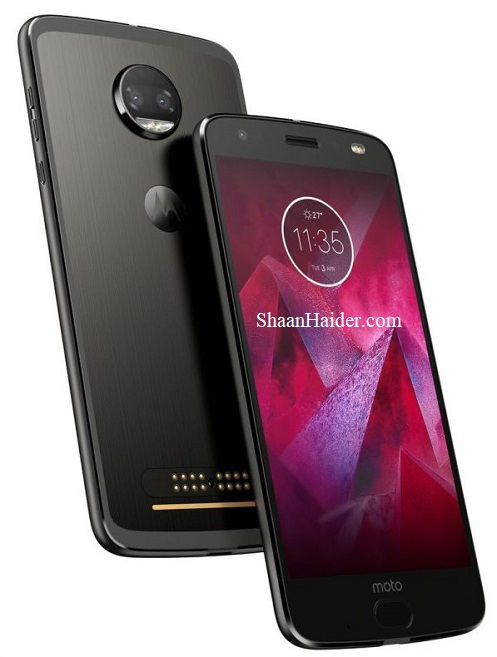 Moto Z2 Force feature 12MP dual rear cameras along with Laser and Phase Detection Autofocus. The dual-rear camera setup feature one monochrome and one color lens, capable of recording 4K videos. On the front side, there is 5MP camera provides for taking selfies and video calling purpose.

Moto Z2 Force comes with a small 2730mAh battery but claimed to provide up to 24 hours of power in one charge. It also feature the Turbo Charging to quickly charge the battery. The body of Moto Z2 Force is just 6.1 mm slim and it is made of 7,000 series aluminum.

The complete list of all hardware specs and features of Moto Z2 Force are given below.