Motorola has just introduced it’s latest Bluetooth in-ear earphones called Stream. It comes with IP54 water-resistance certification to protect the device from sweat and splash of water while using them during working out.

Motorola Stream Bluetooth in-ear earphones features a 6mm driver to provide good quality audio and it also comes with a microphone for answering calls. It supports the voice commands feature and major smartphone personal assistants Siri on iOS and Google Assistant on Android devices are supported by voice command using the Motorola Stream. 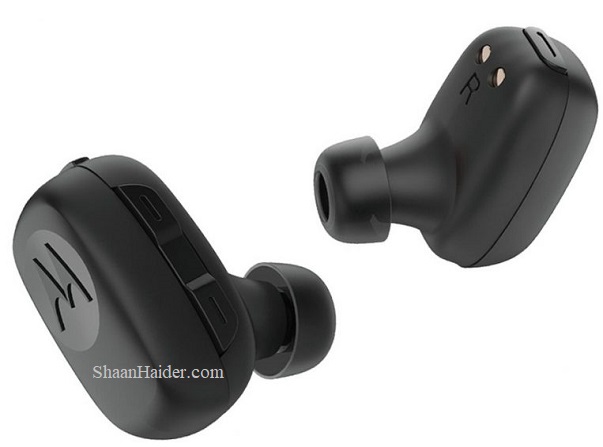 Motorola Stream comes with built-in controls for smartphone operations like to answer the phone calls, pause or play music and skip the tracks without using the phone itself each time.

Because of the tiny battery size, Motorola Stream offers only only 2 hours of continuous battery life on one single charge, but the hang out with the charge case, it can provide additional 4 hours of battery life to the device.

Motorola Stream Bluetooth earphones comes with a three different size of silicon earbuds in large, medium and small to perfectly fit the ears of the user.