We have already reported that HMD Global has already scheduled a media event on August 16 for the launching of its flagship Nokia 8 smartphone. Since the Nokia 8 launch event date is just two weeks away, lots of leaked information are coming out. 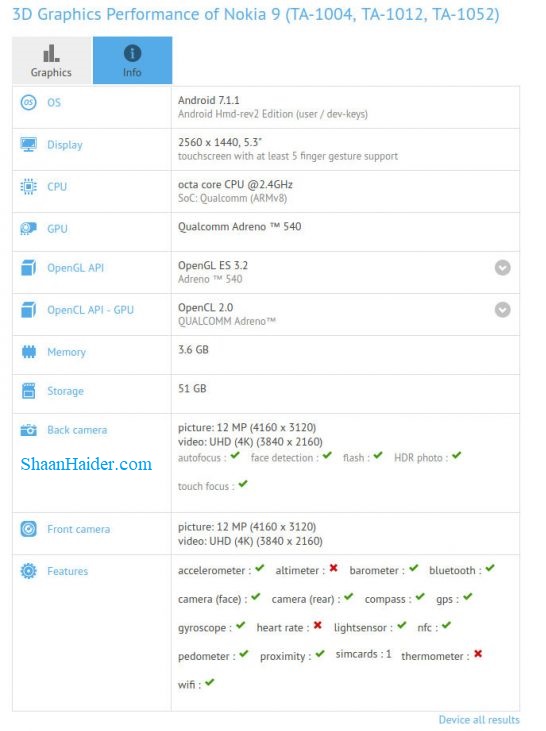 And now a high-end Nokia smartphone with model numbers TA-1004, TA-1012, TA-1052 has surfaced on GFXBench listing showing most of its hardware specs and features.

Even though the GFXBench listing mentions the device as Nokia 9, it is expected to be announced as the Nokia 8. 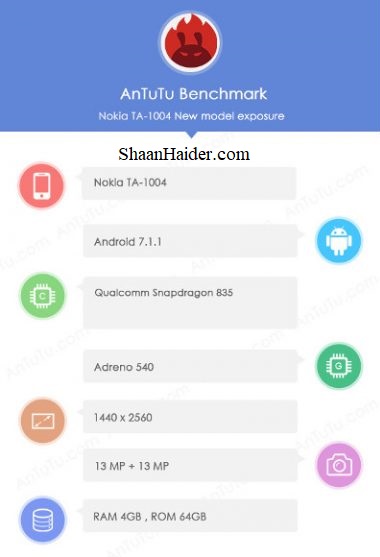 The device scored more than 160,000 points on the AnTuTu benchmark listing confirming the use of Snapdragon 835 processor based on the performance of the device in benchmarking test.

The complete list of all leaked hardware specs and features of Nokia 8 are given below.

Nokia 8 is expected to be available in Blue, Steel, Gold with Blue and Gold with Copper colors. It is rumored that the price of Nokia 8 will be US$ 686.

The Nokia 8 announcement takes place in London on August 16th.