Along with the HTC U11+, HTC also launched the HTC U11 Life smartphone that is more affordable variant of the previously launched HTC U11.

HTC U11 Life was in news since many weeks as lots of leaked information regarding the device were coming out. And now when it is officially announced, we can see that most of them were pretty correct. 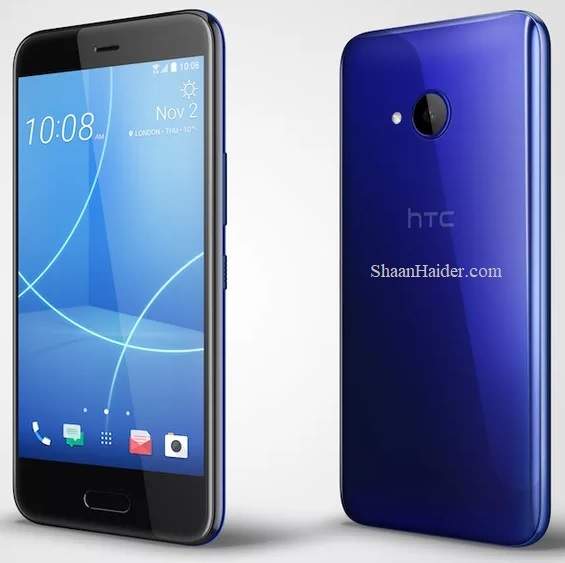 HTC U11 Life comes with Qualcomm Snapdragon 630 octa-core processor, 3GB of RAM, 5.2-inch 1080p Full HD screen and 32 GB of internal storage. A variant with 4GB RAM and 64 GB storage will be available in some regions as well.

It runs on the Android 7.1.1 Nougat OS and there is an upgrade to Android 8.0 Oreo OS is planned as well. There will be also an Android One variant of HTC U11 Life for some regions. HTC U11 Life user interface features HTC U11's popular Edge Sense feature to.

HTC U11 Life features 16MP cameras, both on the rear and front of the device, capable of recording 4K videos. It comes with the same Liquid Surface back panel like HTC U11 and a fingerprint sensor on the front.

HTC U11 Life comes with IP67 dust and water resistance certification and a smaller 2,600 mAh battery. There is no 3.5mm audio jack provided and it comes with USB Type-C port and USonic earphones and the latest Bluetooth 5.0 as well.

The complete list of all hardware specs and features of HTC U 11 Life are given below.

HTC U11 Life in Sapphire Blue will be available in the US and Canada from today for $349 ($449 CAD) at htc.com. It will also be available in T-Mobile US stores nationwide and at their official website from 3rd November.

HTC U11 life Android One edition will be launched in other regions later.