And now HTC Vive has just announced that it is expanding its sales distribution in Middle Eastern market through the launch of its first dedicated HTC Vive Middle East e-commerce store and online ecosystem in the UAE and KSA, supporting both Arabic and English languages. 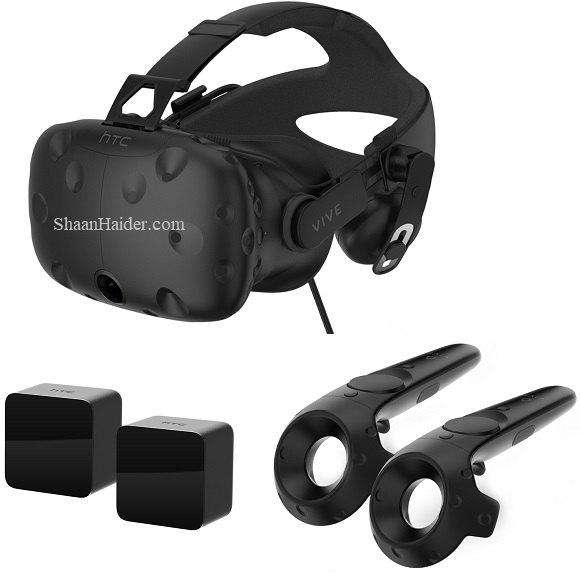 People will be able to purchase the HTC Vive system from this e-store that will also provide visitors with exclusive information and benefits on the Vive platform. Viveport is also integrated in the same ecosystem for the users. If you do not know, Viveport is HTC Vive's VR app store available in more than 45 countries and allows users to discover over 250 titles of the latest in virtual reality games and applications.

Also for a limited-time, all new Vive purchases through the Vive Middle East e-commerce store will give you a complimentary one-month subscription to Viveport including the access to top-rated VR design experiences like Google Tilt Brush. Buyers will also receive up to 40% discount on Viveport subscriptions until January 1st 2018.

For gaming lovers, a free redemption code for Fallout 4 VR will be provided too on new Vive purchases. Fallout 4 VR is a post-apocalyptic adventure game and winner of more than 200 ‘Best Of’ awards, including the ‘Best Virtual Reality Game’ at Games Con 2017.

Nikitas Glykas, President of HTC Middle East & Africa, explains while talking about the VR market in the Middle East;


“We are seeing the region tap into the enormous potential of virtual reality. It is an exciting time, and we’re thrilled to offer the HTC VIVE to a broader consumer base within the UAE and KSA.”

The HTC Vive is the only VR headset to provide the “room scale” VR experience, out of a single box, as it allows users to physically walk around for an immersive full-body experience. According to market intelligence firm IDC, the Middle East and Africa market growth for virtual reality technologies is expected to jump from a moderate value of $181.59 million in 2016 to $6 billion by 2020.