Recently we received a 1080p Spy Camera Wristwatch from Tomtop and after trying our hands on it for awhile, here is the detailed hands-on review of the gadgets considering all of its pros and cons for all readers of Geeky Stuff. 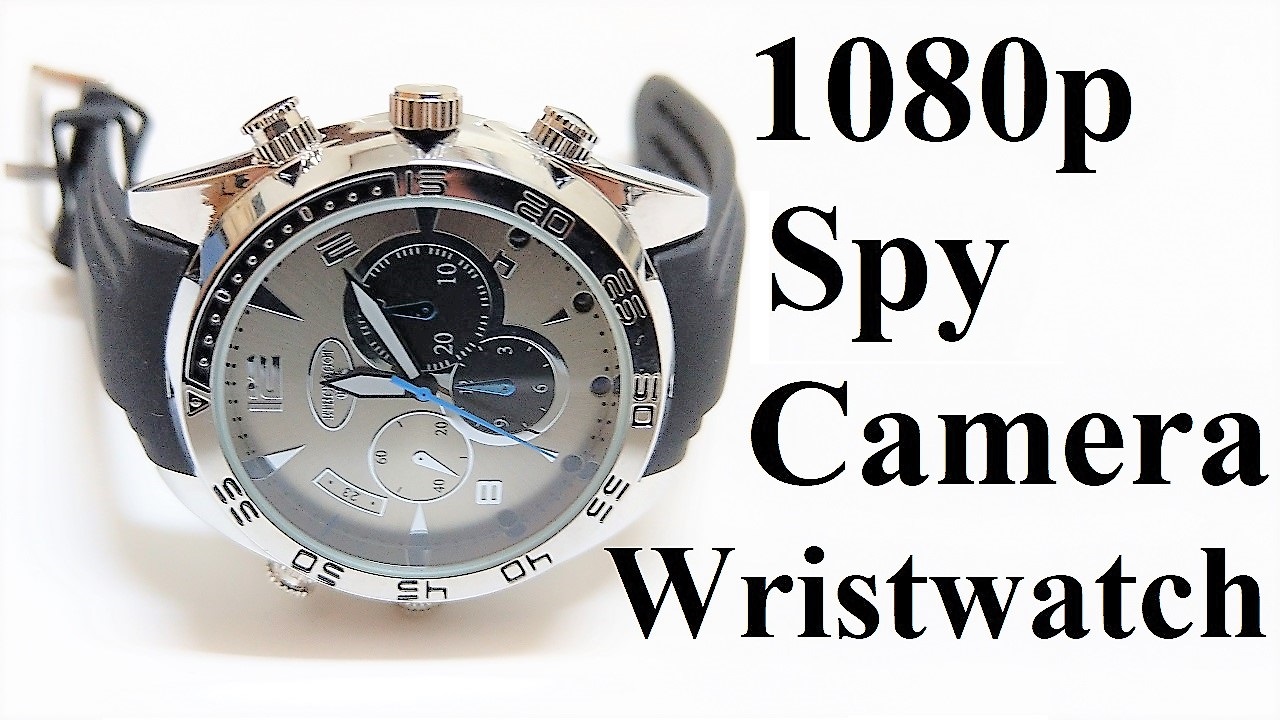 The 1080p Spy Camera Wristwatch comes in a small box with highlighted features of the product mentioned on it. Inside the box, you will find the spy camera wristwatch, a user manual and a USB cable for charging the watch and data transfer.

The setup is pretty easy. You can start using the watch straight up after opening the box but it is better to charge the battery fully first. Once it is charged, all you need to do is to understand the functions of 1080p Spy Camera Wristwatch and start using it. 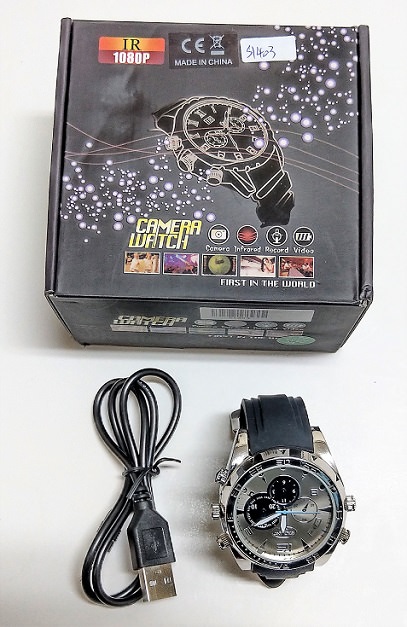 The only setup basically you need to do is to set the correct time and date by following the instruction in the manual as by default it is set to 2015.

The design of 1080p Spy Camera Wristwatch is really nice. The built quality is nice and the metal body feels nice and solid. The lens is provided on the bottom of the dial along with the IR LEDs. On the top, there is a tiny LED provided that indicates the current camera mode. Good thing is that it is very well hidden but it is so small that during the daylight, it is a bit difficult to find which mode you are using.

Most of the things resembling as the watch units are just dummy but the watch itself works and provides basic time information. The digit 3 and 5 are printed identical somehow.

There are total 5 crowns provided on the sides of the watch to perform some particular task. They are used to switch on the camera, change camera mode, turn on/off the IR LEDs, adjust the watch time, a microphone to record audio, port to charge the watch and transfer the data by connecting it to a computer. But be careful about the crown that you use to charge the watch. Since it is removable, if lost, the port will be wide open and the watch will lost its beauty as well. 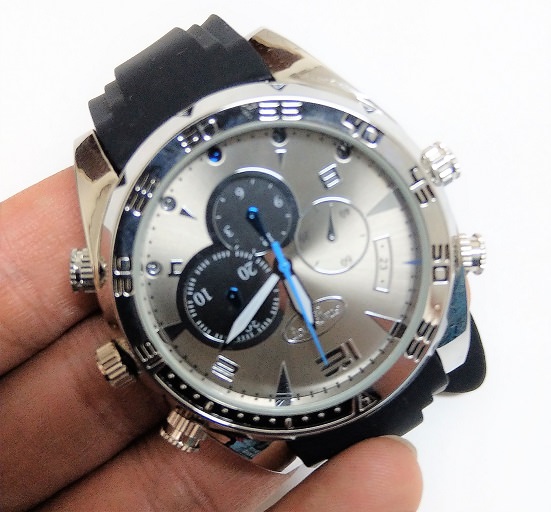 There is no indicator if the battery goes low. It is claimed to record nearly 90 minutes of videos, so better to take care of the timing. The watch weighs 90 grams and might feel a bit heavy to few users.

The design of 1080p Spy Camera Wristwatch is nice overall and it is hard to find it is a spy camera until you do not use the IR LEDs for night vision.

It comes with three modes – video, images and audio. You can switch between the modes, by pressing one of the watch crown easily and there is a LED indicator provided as well to let you know in which mode you are.

1080p Spy Camera Wristwatch comes with the capability of recording 1080p full HD videos in resolution. Even though the resolution is 1080p, the quality is not great due to some unknown sensor used. But again, the purpose of this gadget is not to capture the scenery but some needed moments silently and privately.

The video gets recorded in the AVI format with audio and a timestamp. The camera lens is placed at a spot that you can use the watch in any hand and the video will be recorded in correct orientation. Since this spy camera does not come with any kind of stabilization, better not to move a lot to avoid shakes in the video.

It captures images in 2560 x 1440 pixels resolution. Just like the video, the images are also just average in quality but serve the purpose. Both video and audio sometimes show a tint on the output like a filter.

Low-light video recording and imaging is not so great and using the IR LEDs is better but since the IR LEDs glow, other person will be able to know that your wristwatch is not a regular one. The night-vision performance is not exceptional but just fine and serves the purpose. So better not to rely on it too much in low light.

You can see the samples of video recording and images along with the night-vision recording in the below video.

The internal storage is 8 GB and there is no memory card slot provided. Also, the maximum video recording duration for one file is 10 minutes.

The battery performance seems pretty good. It is claimed to provide 90 minutes of video recording. I recorded around 50 minutes of video, lots of pictures and some images for review and the battery supported it. But better to charge it if you are going to use it heavily as you will not get any indication if battery starts getting low.

1080p Spy Camera Wristwatch is a nice gadget for those who looking for a nice spy camera with additional functions. It can be used for recording videos, capturing images and also to record audio. It also comes with night-vision mode.

Even though the imaging is not so great, it serves the purpose and the price is very cheap as well. When not used for recording videos, it can be used as a regular watch and looks really beautiful.

So if you are looking for a nice spy camera gadget then, this is one of the best option for you.