Remember the Insta360 Nano review we have posted earlier and praised how it is one of the best 360-degree camera in this price range? Well, things just got better.

Insta360 just announced the advanced version of the Nano as Insta360 Nano S with some new and interesting features with better hardware specs. As the name suggests, it comes with same design as the Nano. Just like the Nano, Nano S also connects to the iPhone’s Lightning port 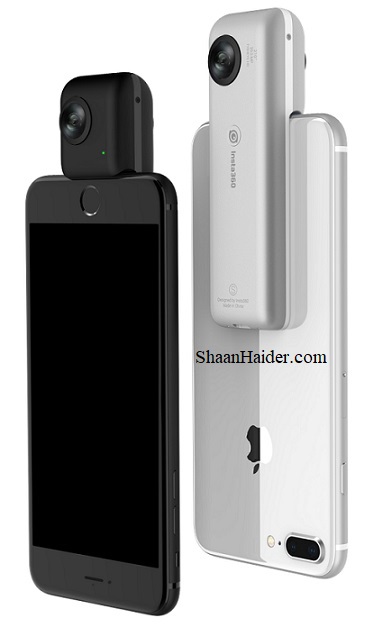 The change here is that the Insta360 Nano S records the videos in 4K resolution and images in 20MP resolution.

But the most highlighted feature of the Insta360 Nano S is the MultiView function that allows users to record and live broadcast the 360-degree videos from different angles, just like the Bothie feature off Nokia 8 smartphone that uses the front and rear camera together to record video, live stream and capture images.

There are multiple camera angles available in the MultiView function on Insta360 Nano S and each of them can be customized manually as well.

Like the other Insta360 cameras, Insta360 Nano S also comes with a very smart smartphone app that let you export the videos and files to your device, share them on social media channels, live stream your 360-degree videos, FreeCapture mode, filters, various effects on the exported images into videos etc.