In an official tweet by HTC Vive account, it was revealed that Vive is going to announce a new improved Vive headset on 8th January, 2018.

The official Twitter account of HTC Vive shared a teaser image of an upcoming model of the HTC Vive with improved resolution. The product is supposed to be announced on 8th January, 2018 as mentioned in the teaser image. 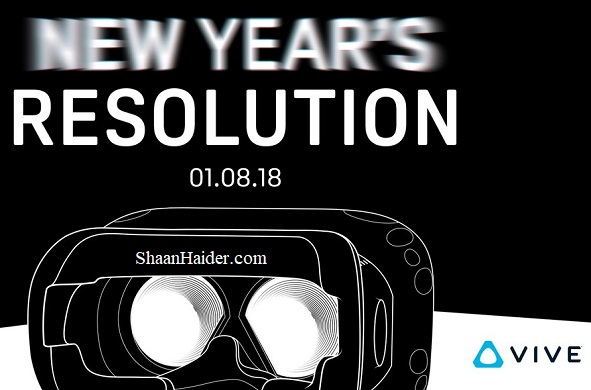 The teaser image by HTC mentions the words “New Year’s Resolution;” in which the first two words are blurry, while the word “Resolution” is clear and sharp. This teaser clearly gives the idea that a new version of the Vive with better and higher resolution display is going to be announced at the CES 2018.

But it is still not clear whether this new Vive is going to be an entirely new device in terms of hardware or will be just the improved version of HTC Vive with better resolution.

After the success of the recently announced Snapdragon 820 powered standalone VR headset Vive Focus, it would be interesting what exactly HTC Vive is going to bring to the real fans and pro-users of virtual reality.