HTC Vive announced and did a preview of HTC Vive Pro at the Consumer Electronics Show 2018 and now HTC Vive™ is going to bring its most powerful and high-end virtual reality (VR) system to Saudi Arabia.

HTC Vive Pro’s new Head Mounted Display (HMD) will be available in Saudi Arabia at SAR 3,299 and is available currently for purchase through its dedicated HTC Vive Middle East e-commerce store. It will also be available with local Saudi retailers from June, 2018.

Current HTC Vive owners will be able to upgrade their headset to Vive Pro for the latest and best VR user experience. HTC Vive Pro works with both SteamVR Tracking 1.0 and 2.0, so it will allow existing Vive customers to just upgrade their VR headset and use it with current generation of controllers and base stations. 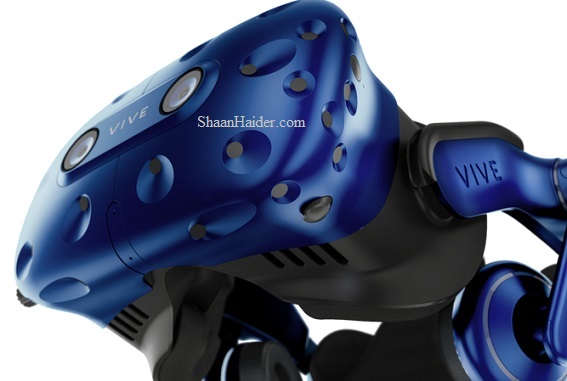 HTC Vive Pro comes with a redesigned head-strap that balances the weight of the headset evenly on user's head and also features easy adjustment buttons for Vive users with glasses.

HTC Vive Pro is a room-scale virtual reality system that features dual-OLED displays providing 78% increase in resolution over the current Vive HMD that was released in 2016. In addition to visuals, the Vive Pro also features integrated, high-performance noise cancellation headphones with a built-in amplifier to provide a great audio experience to improve the user experience overall.

There are more than 3,000 titles available for HTC Vive and its content platform Viveport operates in more than 60 countries providing premium content and experiences in entertainment, education, arcade, arts & culture, and enterprise. A Viveport subscription allows consumers to choose from more than 400 pieces of content.

The recent IDC report and current stat shows that the total spend on AR and VR products across Europe, the Middle East and Africa (EMEA) region is expected to reach USD 3 billion in 2018 alone that is more than double the amount spent in 2017.


Today VR represents the convergence of technology with humanity, and that is unleashing human imagination in entirely new ways. When we step into VR, we step into a whole world which can truly change lives for the better. With more advancement systems like the Vive Pro, and together with strategic content and brand partners, we are now making the future more accessible to individual users, businesses and developers around the world.


We are elated to be showcasing the immersive power of VR to consumers and enterprises in Saudi Arabia with the availability of the Vive Pro rolling out in the coming months. Our goal has always been to offer the most premium VR platform available, and the endorsement of such technologies by local brands promises to make VR more accessible while expanding the potential for local developers.

The full Vive virtual reality kit including the new Vive Pro HMD will be available as a single retail package starting in the Middle East from Q3 2018.