At the launching event of Honor Play on June 6,Huawei Honor launched its latest flagship, Honor Play smartphone and in the same event they unveiled the GPU Turbo technology.

As the name suggests, GPU Turbo is a graphics processing acceleration technology and it is claimed to increase the graphics processing efficiency up to 60% and processor power consumption by 30%. A test conducted on the Honor 9 Youth Edition with GPU Turbo shows that the game frame rate increased by up to 77%. 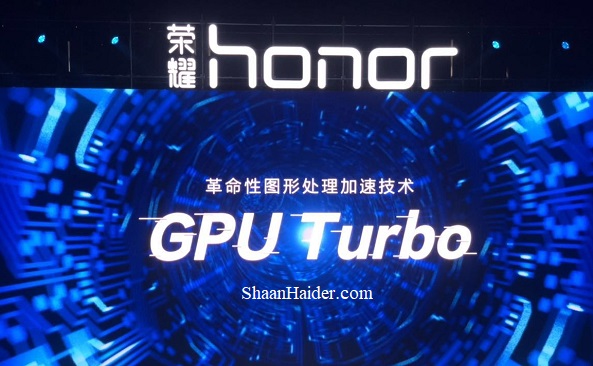 Other than improving the GPU performance and reducing power consumption of the device, GPU Turbo technology will also bring HDR enhanced effects to the smartphone gaming for providing clearer picture quality and rich colors. The best part is that since it is a software based technology, it will not be available only on upcoming smartphones but also on existing flagship smartphones and compatible low-end and mid-range smartphones.

At the Honor Play launch event, Huawei provided the information that which all devices will receive the GPU Turbo update. Have a look on the below list for those Huawei and Honor smartphones.

The official list of all @HuaweiMobile and @Honorglobal smartphones receiving the GPU Turbo technology and the roll out timeline.#tech #smartphones cc @Huawei @HuaweiPhones pic.twitter.com/LMum7bX3jI

It is expected that above Huawei and Honor smartphones will start receiving the GPU Turbo software update from the beginning of August.