Along with the Pixel 3 and Pixel 3 XL, Google has also announced the high-end detachable tablet called Pixel Slate. It is basically a Chrome OS tablet with a detachable keyboard cover as we have seen earlier on Microsoft Surface Pro series that converts the tablet into a laptop.

Google Pixel Slate comes from Celeron to 8th Gen Intel Core i7 processors with 16 GB RAM and 256 GB of storage, 8-megapixel front-facing, 8MP rear camera, and 12.3-inch screen with 3Kx2K display that is claimed to be faster and more efficient than a traditional LCD. 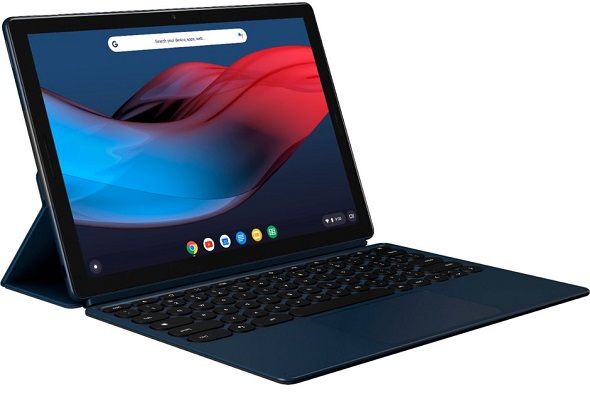 It features front-firing stereo speakers just like the Pixel and Pixel 3 XL smartphones, a fingerprint sensor integrated into the power button that is a first time for a Chromebook.

Pixel Slate runs on the ChromeOS that also supports the Android apps. It comes with the Titan security chip, built-in virus protection
and automatic software updates in the background.

Google Pixel Slate will go on sale later this year. The starting price of Google Pixel Slate is $599 with a Celeron processor, but the high-end variants will be available at $1,599 and higher. The price of Pixel Slate Keyboard is $199 and will be sold separately and the Pixelbook Pen will cost $99.ok.