Huawei is going to launch the Mate 20 series of smartphones soon and we are receiving lots of leaked images of the device since last few weeks.

And now an official press release image of the Huawei Mate 20 is leaked. It is not the image of Mate 20 Pro as it will have a different design and a bit different hardware too. 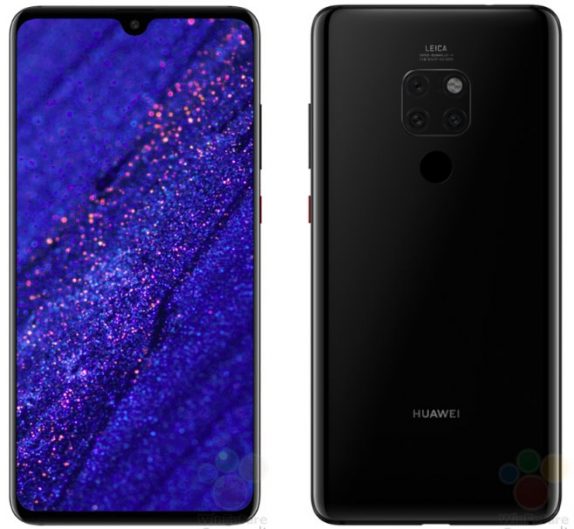 This leaked press image of Huawei Mate 20 confirms the nearly edge-to-edge bezel-less screen with a water drop notch, a front camera without the laser sensor for facial recognition that will be on Mate 20 Pro.

The tri-rear camera module that was leaked earlier is also confirmed now. Huawei Mate 20 will come with theKirin 980 octa-core SoC which Huawei introduced at the IFA.

Once the device is launched on 16th October, we will find about all the hardware specs of Huawei Mate 20 series devices officially.